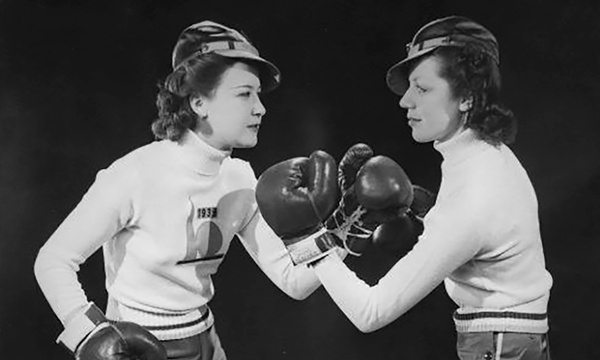 It didn’t take long to size up the situation as we awaited the boarding call. I had been in her shoes before and recognized the telltale signs: a young, bedraggled mother, toddler in tow. The battle over shoes had long been lost, as the sock-clad tot twirled around his mother’s legs. She tried to clasp onto his hot, tiny hand to keep him from darting out into the crowd. From her exhausted look, it was apparent it had been a long day, and by now, she had zero, uh, fudges, to give.

We boarded the plane and the mother and child took a seat in the row in front of me, across the aisle. I’d be lying if I didn’t say I was a little relieved. C’mon – let’s face it. Many times when you’re seated next to a small child on a plane, by default you become the flying nanny. And while I am happy to accept this duty – kind of like being seated in the exit row – and make funny faces and find jingly things in my purse to entertain, I am also happy to sit back, zone out to a podcast and peruse the latest Sky Mall (RIP).

As I settled into my seat, I noticed a flight attendant stop at the row in front of me. I couldn’t make out the words but deduced that the mother had forgotten something. The flight attendant cheerily agreed to supply whatever it was the mother was lacking and soon returned with the item.

Fast forward mid-flight. The tot seemed content, and other than some turbulence, everything was copacetic in the neighborhood. Little did I know the real turbulence was about to begin.

On her rounds, the same flight attendant stopped again across the way. Words were exchanged, and it was then that I realized what the flight attendant had brought to the mother earlier. Being over the age of 2, the child was required, by airline regulations as well as federal law, to wear a facemask.

Again, I couldn’t quite make out the conversation, but I could hear the mother pleading. I presume it was something along the lines of how trying to keep a mask on a 2-year-old is like trying to mask a wild hyena. How her efforts to ply him with Goldfish, gummies and iPhone games had fallen woefully short. How she had been pushed to the brink of maternal insanity.

I felt her pain.

But the flight attendant, who from here on out I shall refer to by her WWE name, the Masked Crusader, stood her ground. I’m sure she’d heard it before; probably thousands of times that day. She sympathized, saying she had her own young children at home, but it was the law, and she had a duty to protect all the other passengers.

The exchange grew heated – and louder. Those of us in the vicinity shuffled uncomfortably in our seats and pretended to ignore the kerfuffle unfolding before us.

Eventually, the Masked Crusader had enough of the bickering. She curtly told the disgruntled mother, who I’ll refer to by her WWE name, the Flying Avenger, to put the mask on the child. End of subject.

Except it wasn’t. As the Crusader later made her way back up the aisle, the Avenger – as easy as it would have been to put the mask on the child and let us finish our $12 chardonnay in peace – poked the bear. As the Crusader went by, the Avenger demanded her name so she could report her to the powers that be.

Those of us within earshot cringed as it appeared things were about to get really weird. The bell for round 2 of the “Real Housewives of Flight 354” sounded as the Crusader relished the request, even spelling her name out. More words were exchanged, of which I could only make out snippets but clearly we had a situation on our hands. Again, the Crusader sternly laid down the law and excused herself.

For the remainder of the flight, things seemed to de-escalate – which is good, because cocktail service soon got cut off. But, as we landed and began to file toward the door, the bell for round 3 sounded.

The Avenger, a few feet in front of me, took a piece of paper – possibly the comment card – and threw it at the Crusader’s face. Now I can see slyly flipping the bird or stink eye to someone with whom you had a disagreement but will never see again, but this seemed ill-advised. Especially with small child in tow.

The Crusader was not having any of it, yelled something about respect – possibly in tongues – and reached out to grab the Avenger’s arm. It was at this point that the Avenger, despite a distinct height disadvantage, attempted to deliver a left hook to the Crusader’s head.

There was a collective gasp from the peanut gallery of “Oh no you didn’t” as the Crusader screamed for security. The pilot – a small man with white hair – jumped out of the cockpit prepared to enter the fray. However, he sized up the competition and instead scurried down the flight ramp for back up.

Of course, if I was a savvy social media user, I would’ve whipped out my phone and tik tokked the entire melee. But seeing as how finding my phone can take several hours, the brawl would have been over by the time I fished it out of the bottomless abyss of my purse. Plus, this was the first time I had seen two grown women throw punches outside the hockey rink; I was way too engrossed to think about my phone.

Thus, we are relegated to a somewhat fuzzy retelling, which at least makes for good reading. I watched in utter shock as the two women tussled and eventually fell over onto the floor in the galley. Meanwhile, the child waled as the two women exchanged shrieks, fists and unpleasantries. A woman in front of me scooped the child up and promised him ice cream when this was over. I knew it probably wasn’t true, but it seemed a lot better than “mommy might be going to jail.”

Eventually, the Crusader got the upper hand and managed to subdue the Avenger until security arrived to put her in a modified head lock. All in a day’s work, the Crusader straightened her skirt, brushed the hair out of her face and in her most professional seat-belt voice, told us we could all leave the plane. Nothing to see here.

Nothing but adults behaving very badly. But maybe that’s all part of this “new normal.” Now, along with warnings about tampering with lavatory smoke detectors, passengers will also be warned that slugging a flight attendant is a federal offense.

Could the Avenger have taken into consideration the realities of masking a small child before she boarded the plan? Sure. And could the Crusader have possibly looked in the other direction? Maybe. But one thing’s for sure. If this is the new form of in-flight entertainment, I think I’ll stick to Sky Mall. 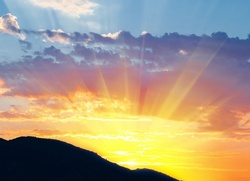 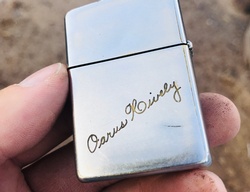 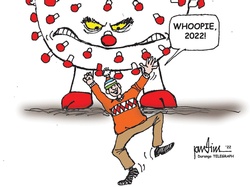 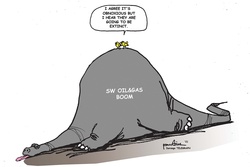 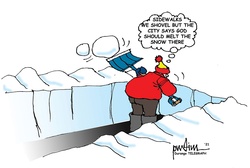 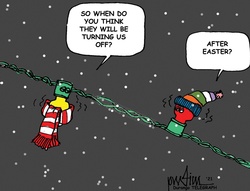 Danger on the mountain
Jan. 6 insurrection reverie
Making a difference in the world
The 2% vs. the have nots
Wannabe G.I. Joes
End the filibuster
Read All in Soap Box