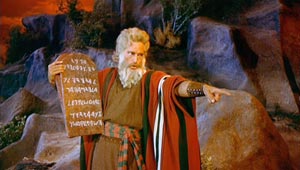 A notice prohibiting smoking while filling one’s gas tank has been posted at every service station since the first dispensing of fuel. The rule doubles as the definition for common sense, just the opposite of the warning on every pillow and mattress that declares, under penalty of law, this tag is not to be removed. Many people are still sleeping on what to do with these tags.

I mention this idiosyncrasy about directives because I have never seen a list so expansive and amusing as the one at Pima County’s Agua Caliente Park, a beautiful Sonoran oasis 20 miles east of Tucson’s old town. Its 101 acres demonstrates a county local government’s commitment to preserving for the public a rare and historic hot spring that spans over a century of private ownership, reaching all the way back to 1873. The county has managed the acreage
since 1985.

At the foot of Mount Lemmon, I picked up a brochure at the park’s entrance gate where 19 commandments were listed under the heading “The Following Are Prohibited.” Not just the usual attempts to avoid drunken and disorderly conduct, like forbidding the possession of alcohol, fishing or hunting, and of course that dogs must be on leash. These are standards I can live with.

But when I read that pop-up shade canopies, jumping castles, pin?atas, and balloons are not allowed, I glanced around the parking lot to see if any circus trucks had parked under the palm trees. None were to be found. Activities requiring staked nets or posts are also off-limits, so I knew that any Serena Williams style grunting would not be permitted to startle me while I strolled the paths. Kites and motorized toys also have no place within the park’s boundaries, nor do metal detecting or geocaching, organized sports such as football, baseball and volleyball, or the erecting of signs, fences and other barriers. Loud music is not permitted, except during picnics, weddings, reunions or gatherings when soft music will be tolerated if previously approved. All these rules prompted me to wonder if their list actually anticipated everything that might possibly go wrong.

Immediately an oversight came to mind. A friend related a story about a hike she’d taken with her friend on a desert trail near Tucson. The two women encountered a man wearing only shoes and a ski mask. They dis-

couraged his advances by picking up rocks and hurling them in his direction. He took off like a jackrabbit. Apparently Arizona never posted any statute along its trails insisting that pants be worn. This kind of bare the public needs to discourage.

The park’s 13th commandment prohibits visitors from releasing or abandoning pets or wildlife. I tried to imagine folks walking in with an alligator that surreptitiously slips off its leash and vanishes into the pond. Or a pet turtle too slow to learn how to roll over like the family dog, dumped like a bag of kittens. You know, guppies and goldfish, that sort of thing. I’m sure it happens – has happened – but generally, people who do these things tend to be rule breakers. They don’t care. Getting caught will make them unhappy, but it’s also possible that reading the Users Guide may give them ideas.

Naturally, Sonoran wildlife is free to wander in and wander out of the grounds, even after the gates close. How someone might go about releasing wildlife confuses me. First they’d have to catch the wildlife, and it seems silly to go through all that effort only to release it at a different and more restrictive location. Catch and release? Sounds fishy to me.

After filling my camera with lush images of my surroundings, I noticed a paragraph on the third panel of the tri-fold brochure with an alert about photography and filming. Apparently County Park Rule 1.020 requires prior written approval to photo shoot back-drops. I was shocked, pixelated, flummoxed. I hid my camera. Then, to my relief, I noticed the rule only applies to commercial and professional photographers, not people like me whose skills lean toward pedestrian. But just to be safe and to respect the park’s guidelines, I decided against using one of my photos here.

I know I’ve spent considerable time examining the rules, mostly because the brochure encouraged me to do so: Make your visit enjoyable for everyone. KNOW THE RULES.

If my scrutiny has in any way discouraged you from visiting, please reconsider. Though the hot springs no longer functions as a medicinal resort, the human spirit always benefits from a refresher. What better place than an oasis.

And by the way, you are permitted to carry water, but a 20th commandment might have to be added if everyone starts watering the desert plants.