Mother Rucker
When a puppy forces you into exercise, there's no use fighting it. 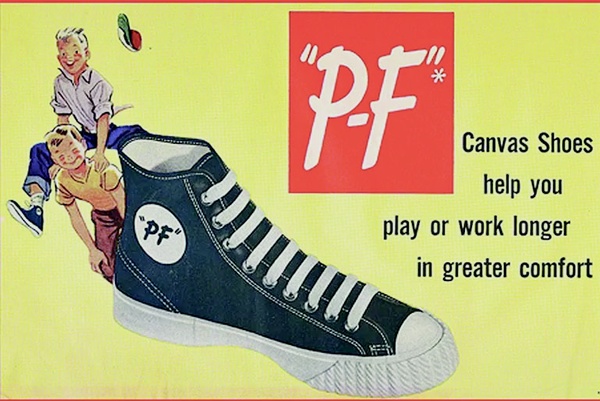 I have decided to become the human version of P.F. Flyers: I want to run faster and jump higher – or at least endure nominal physical exertion without hurting my back.

I have also decided to embrace who I really am, which is a man deeply averse to exercise. I have tried it all. Running never gave me that mythical high. Swimming never enhanced my hearing with swimmer’s ear. And tennis? Well, I quite like my elbows just the way they are.

Yet for all the distaste and disdain I have for exercise, I LOVE being active. Who doesn’t love activities? This is a word we use to coerce children and child-like adults into keeping themselves occupied for at least five minutes a stretch. “Let’s do an activity!” could lead to ANYTHING. Building the Tower of Giza or the Pyramid of Pisa out of clothespins and pasta is an Activity. Digging for the Lost Ark is an Activity. Picking up the trash that blows in from the neighbor’s yard like money-seeking relatives in the night? Most definitely an Activity.

In fact, the only thing better than an Activity is a NEW Activity. This is really quite Zen, if you don’t think about it too hard: it’s the doing that matters with Activities, much more than the finishing, and if a new Activity gives your caretaker 10 more minutes of effing peace and quiet, you best believe there will always be a new Activity.

Of course, I don’t get such inventive variety with my Activities these days, because I spend all my time walking the dog.

Both my faithful readers will remember that I recently adopted Ryzhik, who requires approximately 17 consecutive hours of exercise each day. This contrasts with my other dog, Hawkeye, who, like me, prefers Activities to exercise. We are really quite alike, Hawkeye and I, and the similarities go far beyond our matching rugged handsomeness. I like throwing balls, and Hawkeye likes fetching them. I also like throwing sticks, which Hawkeye also likes fetching. We both enjoy the pure being-ness of being outside, and we both will turn around and head home rather than talk to strangers out there in the world. We will also congratulate each other on a 10-minute constitutional well done, and then settle in on the couch to re-binge a season of “Daredevil.”

So Ryzhik has forced a bit of adjustment in our lives. It now takes three to four days to binge a full season. And walking is now a regular form of exercise, especially if I don’t want someone pulling all the coats off all the hooks in all the rooms of the house, sometimes with the hooks still attached.

Ryzhik is that freakish beast who revels in exercise but can’t stand Activities. For a block of time each day, we leave Hawkeye at home for some of that well-warranted effing peace and quiet, and we go out for a destruction-prevention walk. Rather, I walk – and Ryzhik leaps up cliffs, digs up rabbit dens, disappears to join the circus and returns with exotic animal skulls in his maw. He truly is a P.F. Flyer, and the reason I want to become one too is the dread that someday I will have to carry all 75 pounds of him home.

Fortunately, I have a brother-in-law. Let’s call him “Scott” because that is his name. Scott is the sort of man who was born capable of lifting refrigerators. For a long time now, he has been rucking, which is the fine art of powerwalking with the equivalent mass of a Ryzhik in a backpack.

“Teach me,” I said, because even after whole decades of Activities, I am more likely to empty a fridge than move it.

So Scott got me started, and we started smart. I selected a moderately petite rock, and Scott had me wrap it in duct tape so it wouldn’t chew up my pack. I strapped the pack to my back and took the first steps of turning Ryzhik’s walks into an Activity – hey, let’s go carry rocks for an hour! It’ll be fun!

And it was, both times. I could practically feel myself getting stronger and less resistant. It’s amazing the difference that five to six whole pounds made in my worldview. Until those pounds made me take up new Activities, like “should I take two or three ibuprofen this morning,” “where’s the ice pack,” and “Epsom salt baths.” Much less P.F. Flyer, much more penny loafer. Which is OK, too, because from now on, I’ll make the dog carry the rocks – in preparation for the day he needs to carry me home.