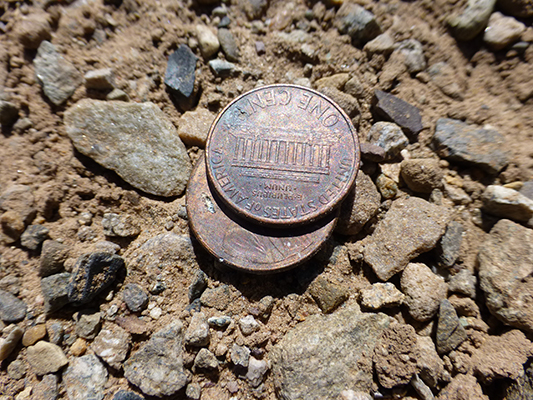 Our South American neighbors who live within a 125-mile strip of exposure along the heartlands of Argentina and Chile had the chance this summer to witness a total solar eclipse. We North Americans had our viewing opportunity in 2017. Of course, we’ve all been warned not to stare directly into the sun without eye protection, but that didn’t stop our fearless leader who stood on the White House balcony looking directly at the sun – twice – before giving in and donning a pair of solar glasses.

Two years ago our long-time California friends flew to Salt Lake City with their adult daughter, rented a car, then drove to Idaho for a chance to experience the U.S. version of a total eclipse. I asked for a report with all the details when they returned but what I got back was even better: “44 hours on planes and in airports, 32 hours on the road, 2 minutes and 41 seconds of totality, but the look on our daughter’s face: totally worth it!”

Proclaimed by a true heart. A testimony from a mother who knew enough to pay attention, not to her sun, but to what was even more important – her daughter – at precisely the right moment. So little of what I’ve heard, read or seen during our well-publicized eclipse event has made more sense.

When I consider how a 4.5-billion-year-old ball of energy can momentarily capture our national attention, I can’t shake that other image of our blue world wobbling on its political orbit. Nothing, not the moon or even any Hollywood death star sent to destroy our planet is capable of out-sizing our planet’s ego. It’s bigger than the sun, and constantly erupting. It’s getting so I can’t glance at the television or internet anymore without approved safety glasses.

One thing that can be said for the sun and the moon together is that they momentarily unified our nation. People of divergent political views crowded together within “the zone” – a continuous strip of land from Washington State to Florida – to witness a solar event that hadn’t occurred with such a direct exposure across the continental United States since June 8, 1918. In some of the more populated areas, when the sky turned dark in broad daylight, reportedly, everyone cheered.

I didn’t hear any of the uproar in 2017. I’d driven to the summit of Lizard Head Pass and sat quietly on a plastic chair watching as our celestial orbs approached each other, knowing full well they would never quite mesh. Rather than traveling north to the best viewing zone, I reasoned that my experience would feel more realistic, more aligned with the spirit of these times. World leaders and local despots trying to upstage each other from across the globe, from China to North Korea, Venezuela to Saudi Arabia, and Russia to Washington D.C., international intrigue connected like a series of circus lights for the sake of a political sideshow.

Across our heartland, Americans leaned anxiously toward the real show they might never see again. But what is totality, after all, other than a moment, maybe a minute or two, nothing more, corona oozing from behind the moon, a perfect ooh, ahh, fabulous memory to place on our continental shelves? Once encountered, we needn’t ever witness another total eclipse. It remains imprinted on our minds, and then we start to look for that kind of correctness in everything we do.

For me, the titans would eventually clash. I tried but couldn’t continue my nonstop-stare at the sky, so I took breaks by glancing toward the horizon, then at the ground, tracing little arcs in the dirt with my bare feet, like doodling, marking time as the great transit prepared itself. I doubt I missed anything of universal importance by turning an occasional blind eye to the sun. Sometimes perspective improves by taking a short rest. It even provides the brain with a break, permitting our lofty gray lobes to realign.

Then I almost missed the moment when a curiosity distracted me. My toes had inadvertently unearthed two lost copper pennies, one of them heads up, with Lincoln winking in the pale sunlight. As I leaned forward for a closer look, my folding chair folded, dumping me on the ground. I rolled onto my back just as those two astronomical discs in the sky came close to merging. I lay there, my safety glasses somewhere out of reach, made fully aware of how my life will never be perfect, and the presumption that any earthling knows what’s best for everyone else is just solar gas.

I was down there with the ants and these two tiny tokens of legal tender at an elevation of roughly 10,000 feet, about as close to the sun as I ever wanted to be.

Avoid cliche?s (like the plague) may be sound advice, but this time it can’t be helped. That’s my two cents.