Next Wednesday
Can we put down the Kool-aid and unite after last week's events? 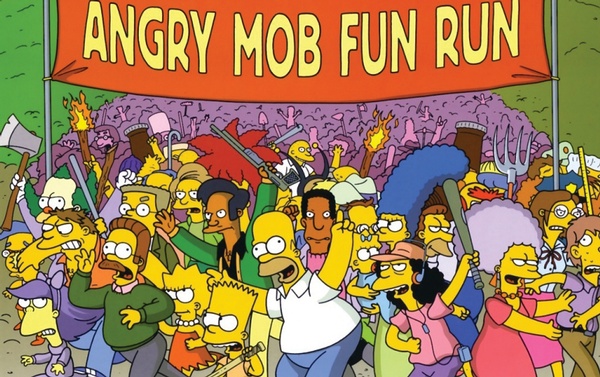 This paper’s editor has rejected three articles I’ve written, and all for good reason. Writing is cathartic, and sometimes, I let the acrimony take over and say all the things most of us want to say but choose not to out of prudence. Missy passes politely from time to time because she doesn’t want people showing up at her house with pitchforks.

When I think about what happened at our Capitol last Wednesday, I can feel the vitriol bubbling up again. I start composing in my head an article that pulls no punches. Something scathing and inflammatory; something that sinks to the depths of the other side so they could understand my simple insults. I know my editor would enjoy reading it if I wrote it. I’m sure she’d smirk at the likeminded wittiness and fantasize about all the poorly written hate mail that’d come in if she published my diatribe. But she wouldn’t actually run it, and my rejection count would go to four.

I’d harbor no hard feelings. You see, Durango might seem like a modern town thanks to fancy things like electricity and indoor plumbing, but beneath it all lurks a much older way of thinking. It’s the same type of paradigm that refused to believe the Earth was round back in Magellan’s day. The same type of people that burned witches and crosses; the type that breached our Capitol walls, even though they think walls are the answer. They get mad at everything I write (after they take the time to sound it out) and would do all sorts of strange things if The Telegraph published what I wanted to write, such as protesting outside our offices or posting Missy’s home address.

So, I’m going to say something cohesive this time, something kinder just like 2021 needs, and not just because I don’t want to piss off the Trumpublicans. It’s because nothing I could write would change their minds, and it’s because nothing I’d say would be new. Lauren Boebert (or Lauren Breitbart, if you prefer) is our very own gun-toting, QAnon-believing representative, and she tweeted “today is 1776” while all those misled fools invaded our Capitol. She likened our nation’s birth to a bunch of toothless trespassers, and it’s not like anything I write could make someone that dumb think differently, so what’s the point?

And as to having nothing new to add, have you been on Facebook lately? There are memes galore in an overwhelming ode to the idiocy of the people who stormed D.C. last week. Thanks to the outcry, those people are losing their jobs and going to jail. Their orange leader has been taken off social media and silenced just like a spectacle should be. Really, there’s nothing I could accomplish by throwing stones of my own. So I’d rather look at next Wednesday instead of that other one; I’d rather write nicely about the future than spew the poison I’d planned.

So, let me start … I’d like for you to picture a simple spectrum, a horizontal line with a perfect center point. Now, imagine that the extreme left side of this spectrum represents being too skinny, as where the far right represents being too fat. If you think about it, both extremes will kill you, and the best place to be for a good bodyweight would be near the center, correct? What about “hot and cold?” It’s the same: too hot and you cook; too cold and you crystalize. The most comfortable place is that goldilocks zone in the middle. Why isn’t this the way most of us see politics?

On the extreme right, we have the nutjobs who ruined the Wednesday before last. They’re too busy thumping bibles to learn simple science; they’re too selfish with their incomes to share our vast resources with struggling immigrants; they’re too occupied with waving irrelevant Confederate flags to wear a mask (even though wearing a mask would’ve concealed their identities).

But is the extreme antithesis any better? People on the far left have become so secure in their cushioned realities that it’s OK to be anti-vaccine; they’re so comfortable with entitlement that “redistribution of wealth” doesn’t sound like theft; they’re so “inclusive” that they exclude people who aren’t. Both extremes of the spectrum have become so benighted by insularity that they can’t see how horrid they are; they can’t see that their evil is just as potent.

How apropos would it be if I pissed off both sides and doubled the pitchfork mob? Anyway, my point is that most of us try to live in between the opposite insanities. But that’s difficult to do under the magnetic force of polarization, and as time flies, divisions widen. It’s impossible to see similarities when we speak in differences.

The Wednesday before last changed things.

Now, people who voted for Trump are putting down the Kool-Aid and decrying what happened. Hell, even the people who chugged the Kool-Aid with a beer-bong are starting to notice the teargas and mirrors. And I’m reaching out to the friends I unfollowed throughout everything, because why the hell not? We’ve got global pandemics, demagogic dictators and all sorts of terrors that’ll conquer us if we’re divided successfully. So, I’m turning to kindness and connection – call it a 2021 resolution, if you will. No joke. I’ve contacted friends I once blocked, and after a quick how’ve-you-been, I ask about their take on Wednesday’s ridiculousness. All of them, so far, have said that it was disgusting. Boom: just like that, we have something in common.

Just like that, we can rejoin and restart, and the thought of that happening on a royal scale makes me feel good. Maybe that’s the stone I can throw that would add something to all of this, a rock of kindness that works backwards, gluing things back together instead of breaking them apart, like the lies from our leader have done. Forgive, come together, that sort of thing.

All it takes is a common enemy – perhaps the Gravy Seals who invaded our Capitol and the “police” who allowed them – for us to battle together. The divided halves will meld back together into the two sides of one coin, just like it used to be.

It’s a thing we must do. It takes will. Coming together means coming to the center, if you’ll picture that linear spectrum once more. If you’re too far right, figure it out. Just as you’d turn on the heat if you were too cold, come to the left a little bit. Learn why other people want what they want, and then you might want it, too. If you’re too far left, be mindful of it. Learn why the other half wants to keep what they have, and then maybe, you’ll want to keep it, too.

Then, we could move on. How lovely next Wednesday would be.