No 'poo for this 'do 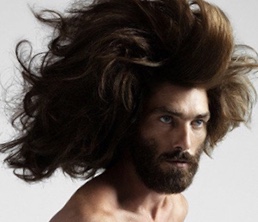 In the midst of a global pandemic and all its repercussions, I resolved to take bold steps. Think beyond wearing a mask even though it could get me shot, I said to myself. Think beyond disinfecting my hands even though hand sanitizer currently pays better dividends than my three-figure Roth IRA. Think truly bold, on a personal if not a public health level. Think about not washing your hair.

I thought, and then I did. I have officially stopped washing my hair. I am now three months clean from being clean.

I never stopped washing my hair before for one critical reason: It’s gross. Humans have evolved as a species by using modern shampoo since the 1930s or so. Our relationship with hair products is symbiotic, much like sharks and those pilot fish that follow them around and clean their scalps. We benefit, and our domesticated partners get to spread around the world in our wake while there is still a world around which to spread.

However, in this enlightened and endangered era, people are tackling tons of Big Questions and challenging the assumptions we founded our civilization on. Is it responsible to eat animal products when animals are sentient creatures and our exploitation contributes to the degradation of our planet and its climate? Can we reconfigure the role of law enforcement to better serve our citizenry? Just because anyone can become president, should just anyone become president, and can we have New Zealand’s instead?

I’m unprepared to sacrifice butter, and my country still freaks out over the idea of a female James Bond let alone an elected official, so the day I became a corona-hermit I asked yet another question. Are we really, truly, genetically united with shampoo, or have we merely become domesticated to serve Big Hair?

It’s high time we find out. So I shelved the ’poo and commenced ditching the cream rinse.

The readers among you with buzz cuts and alopecia and male-pattern baldness might suspect you’re ahead of me on this here curve. But those same readers don’t have the hair I do. Mind you, I have fewer hairs on my head than I used to. But the hairs I still have make up for scarcity with their abundant split ends.

I’ve been working on my quarantine ’do since approximately December 2015. Ceasing to rinse and repeat means I’m no longer bathing an appreciable – and ever-lengthening –percentage of my surface area.

In just the first two weeks of my new health-care regimen, I made several acute observations:

• No one came close to entering my WHO-recommended 6-foot social-distancing radius. Granted, I also saw no human beings in my self-isolation during that time. But if I had, they would have avoided the pizzeria kitchen mop on my head.

• At this rate, I would save approximately $16 per year on store-brand hair products.

• If I extrapolated those savings over a lifetime, I could afford a low-end inflatable stand-up paddleboard with adjustable paddle and carrying backpack.

• Falling in the lake off my new paddleboard will likely rinse dirt and other accumulated particles from my follicles, thereby saving me entire showers and additional dollars on my water heating bills that I can invest in a second paddleboard. You know, in case anyone is ever again willing to be my friend in public. Or in case the first one pops.

Once I got past the fact that my hair was changing colors in the same way my childhood baseball mitts changed colors when I oiled them, the shampoo shackles fell from my spirit. I could go camping for more than a weekend without facilities. I could pack a suitcase without any liquids. I could do anything I wanted, because how do you stop a man who has lost all sense of dignity?

I called my little sister – who had also freed herself from personal hygiene many years before, without cover of a widespread virus – to celebrate. She asked me how my baking soda washes were going.

Yes. She explained that a baking soda wash, followed by an apple cider vinegar rinse, would remove excess gunk and balance my natural pH and that I still needed to do SOMETHING with my hair unless I wanted dreadlocks that looked like the inside of my shower drain.

So I relented two weeks into my lifelong goal of not washing my hair. But I still haven’t touched the ’poo, nor do I intend to. I feel more liberated than ever, now that my natural oils have found their harmony. Besides, I can’t afford new shampoo unless the paddleboard company starts accepting my returns.