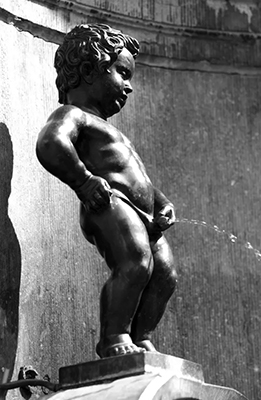 During this pandemic, we are all surviving however we can. For some people, that’s reading books and preparing gardens and creating costumes to wear while taking out the trash. Me? I just watched a video of a woman playing cello with animal hand puppets, like, 20 times in a row, because I needed a break from learning how to walk again.

You see, a whole bunch of people lied to me for years about walking. If you can walk, they said, then you can tango. Nevermind that tango dancers seldom ever have the space to walk in a straight line for more than about, oh, a step and a half. (I mean, NOW we have all the space in the world, but no one to dance with. C’est la vie, which is French for “That blows livestock.”) The way we used to walk down the streets, going along what used to be our business, is not the way we step in tango.

Leastwise, not the way I do it. If a train wreck could defy its very own definition to continue rolling down the tracks with no physical awareness of its disadvantages, that’s akin to how I walk.

Tango is hardly an essential service. Heck, going without fresh bananas is honestly more challenging than going without tango. But I needed SOMETHING to write about. So I signed up for Zoom tango lessons with two Belgian teachers – let’s call them “Liz” and “Yannick,” because those are their names.

Poor Liz and poor Yannick wanted to fix my walk. But first, they needed to teach me how to stand.

Talk about flashbacks to teenagerdom. I’d hear that command, and I had no idea what that meant in my body. I still don’t. But I stood as straight as I knew how.

“Now do it with your body in alignment,” they said.

“No, straight. With your shoulders stacked above your hips.”

“No, they’re like this.” And Yannick showed me. Turns out, I stand permanently like Manneken Pis, only with sloppier posture.

When they gave up on fixing my stance, they told me to walk.

I felt alright about that. I’ve been tango walking for nearly four years. Regular walking many times that long. I hardly ever even fall down doing it, so I thought I must be decent enough.

The last four weeks of my self-isolation experience have been, in essence, think- ing about walking. At a lesson a week, you might figure I’d have started to get the hang of it. I might have thought so too. I did think so, in fact. Until, on the sage advice of my teachers, I videotaped my practice.

It all went well, until I actually watched the tape.

Now I could make excuses for my performance. Like, it was late in the evening, and besides, the entire right side of my body was tight, from the back of my knee to inside my shoulder blade, because I had unloaded straw bales for my garden from my pickup truck and my foot slipped on some loose straw on the tailgate and I heroically stayed more or less unspilled along the ground despite the fact that I was probably thinking about walking and therefore approximately 1,000 times more likely to flub the land- ing. But I’m not here to make excuses: the videos were brutal.

I described the feeling to Yannick in our next lesson. “Good,” he said. “You’re learning.”

He also said something else about the people who don’t work through these hard moments when all you want to do is give up and eat Cheetos. “They’re riding an old three-legged pony and calling it the most beautiful ride they’ve ever had,” he said. “But they don’t realize they could be flying through the rainbow-filled heavens on the magical fluffy back of a winged unicorn.”

If I take one thing away from this pandemic, it better be a revamped walk. And if I take two things away from it, I choose magical fluffy winged unicorns. The easy stuff doesn’t shape us; in fact, one more internet video and I will lose my shape altogether. Believe me, every day I want to rewatch the entire “Star Wars: The Clone Wars” series instead of practicing tango. But the hard stuff, if we step into it, defines who we are.

And even if we fall down doing it? C’est la vie.