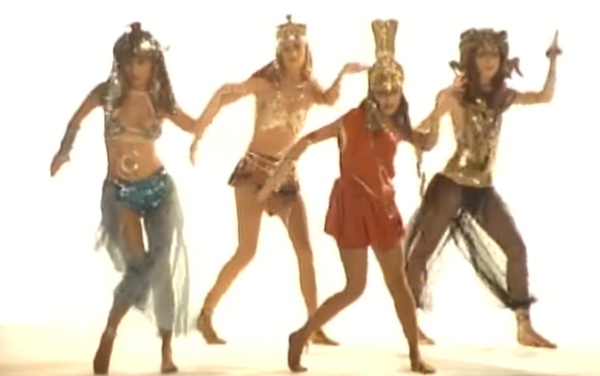 In theory, maybe the ancient Egyptians had it right, that a person would be better off stocking up on supplies for the afterlife. In practice, however, only the superfluously wealthy had the means to erect eternal storage sheds.

Some people believe aliens from other planets assisted as pyramid developers, a task thought to be far beyond the engineering capabilities of such a primitive civilization, or that construction required whips and the brute force of 100,000 slaves. After careful examination of Egyptian skeletal remains, modern archaeologists disagree with such conclusions. Possibly 20,000 farmers is all, a much smaller labor force that performed contract work, probably for minimum wage, about 20 years per tomb, essentially like working a second job each season while the Nile flooded their fields.

We’d assume that 3,000 years later, our dependence on humanity’s labor force has become more fair-minded, but I suspect not as much as we hoped. Consumers play the role of unwitting servants for the corporate overlords who build monumental online wealth. Alessandro Acquisti, a behavioral economist who studies how we make decisions about internet use put it this way: “If iron ore was the raw material that enriched the steel baron Andrew Carnegie in the Industrial Age, personal data is what fuels the barons of the Internet Age.” Apparently even while we are idle, we are still called on to serve as the empire’s digital slaves.

Like those early Egyptian farmers, we too must earn a living wage, and in our spare time we provide mega-corporations with a trove of personal information by signing in and logging on. The small print claims our personal data won’t be identified as such, but only collected as a condition for using these services, then supposedly offered up to other companies as a neutered commodity – mere statistics and demographics. We must agree to this quasi-privacy policy until it is rehashed and redrafted by lawyers, then eternally updated for “our protection.” This personal information will be around long after we’re gone, even if the tomb robbers are temporarily thwarted on their way into the vault.

If information pickpockets are all we have to worry about, I’d say we are no worse off than the Egyptian farmers, but scamming the working class constitutes a way of life, long before the invention of pockets. Digital chicanery manifests itself today as a more sinister approach, targeting users’ browser data, promoting disinformation and pure nonsense in the place of transparency. George Orwell wrote, “In our age there is no such thing as keeping out of politics. All issues are political issues, and politics itself is a mass of lies, evasions, folly, hatred and schizophrenia.” Will Rogers said the same thing, though more succinctly: “If you ever injected truth into politics you would have no politics.”

Ancient Egyptian government advanced no illusion about “one farmer, one vote,” a vital distinction between then and now. Pharaohs wielded absolute power, by their explicit commands or by the authority of high officials who were usually appointed family members, or by proxies, whose loyalty to the king was beyond question – a state of affairs that reminds me of today. Egyptian workers paid taxes in the form of produce and handmade goods. The Pharaoh stored these tributes in great warehouses and then doled them out as incentives for public work projects, like building the pyramids, or in times of hardship such as during periods of war or drought, reminiscent of a modest tax return.

By the Ramesside period the legal system deteriorated. Instead of rendering decisions based on evidence, Egyptian judges consulted oracles to hand down verdicts of guilt or innocence. The priests in charge of the oracles milked the system so judges would rule to suit the priests’ clients’ agendas. Cambridge Analytica and Wikileaks’s participation in our 2016 election was not so different: a statistical oracle used to shape political outcomes. Social media epitomizes the same trend, busily influencing public opinion. Data crunchers would be considerably poorer without their essential digital slaves.

Eventually even the absolute power of the Pharaohs weakened, so much so they could no longer demand tribute from the wealthy, at least not without making a deal. Here is a legacy that spans all human history, in all classes, in all civilizations: self-interest, the great leveler, the way things get done and undone.

Ancient Egyptian civilization lasted over three millennia. American government has squeaked out a little over 200 years. With transparency and accountability as our longstanding principles, along with the Constitution as a guiding beacon, you’d think a democracy like ours would stand a better chance of surviving.

During the 40th dynasty, the Bangles delivered their first No. 1 hit, “Walk like an Egyptian.” The music video went viral, and the band’s still in the music business today. I swear even if I have to walk like that all the way to the voting booth, I will.