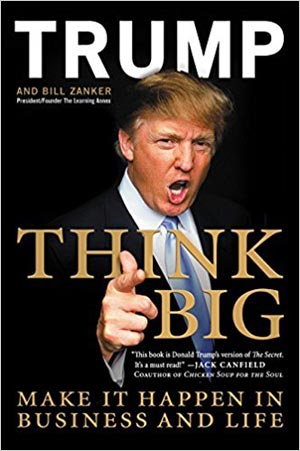 A long-anticipated book release is sometimes worth the wait. Mark Twain died in 1910. His autobiography was scheduled to appear (by his explicit instructions) a century after his death. Lucky for me, I only had to wait 64 years before a copy surfaced at my local thrift store, all 736 pages of its first volume. I stood in awe. As I slid the book from its shelf, my heart surely skipped a beat. It felt like a literary seance, a chance to become more intimately acquainted with the father of one of the best characters in American literature, Huckleberry Finn.

Deciding to read Twain’s book was a huge commitment, but nothing so crazy as the task Carlos Lozado set for himself in 2015, to binge-read eight books by Donald Trump. Of his experience Lozado eventually wrote, “Over the course of 2,212 pages, I encountered a world where bragging is breathing and insulting is talking, where repetition and contradiction come standard, where vengefulness and insecurity erupt at random.”

Twain and Trump are by no stretch of the imagination comparable. Sure, their last names start with the letter T, but that’s about as far as the likeness can be drawn. They both wrote books, but the difference between them is simply this: one of them can read and write; the other can’t.

In all fairness to Trump, Twain’s autobiogr phy has been described as “a rambling collection of anecdotes and ruminations rather than a conventional autobiography.”

Hardly in a robust state of health or mind during the last four years of his life, Twain hired a stenographer, leaned against his pillows and dictated from memory whatever event surfaced in his thoughts, in whatever order his brain chose to deliver it. And that is exactly how the editors left it after his death. Some of the material he related, by the standards of Twain’s day, was shocking, which perhaps explains why he delayed its publication.

Trump’s most talked about examples of writing are his tweets, but so much of his output borders on implausible. He hired ghostwriters to pen his books. Not the same as a stenographer, whose task is to faithfully transcribe the author’s spoken word in shorthand. A ghostwriter’s job is to write for someone else who is the named author. The British journalist Giles Smith put it this way: “It may be that an old joke about David Beckham applies still more firmly to Trump, that he is in the unusual position of having written more books than he has read.”

Recent headlines reported White House Chief of Staff John Kelly admitting that Trump likely wouldn’t read the “quite lengthy” 10-page Democratic memo on the Russian investigation. Trump also declined to read “the Presidential Daily Brief – a tradition that seven of his predecessors have followed.” Only then did the Director of National Intelligence prepare a new kind of document significantly briefer than the original brief. On the bright side, over his first year in office, Trump has demonstrated a noticeable improvement in reading from a teleprompter.

I admire Huck Finn because when he speaks Twain reveals an innocence that holds all the intolerant attitudes of human nature around him accountable. His conscience governs his behavior, and his heart is true. I could wish Trump was a fictional character too. When he speaks everything manipulative and divisive about human nature surfaces, and I fear the man has no conscience. Huck’s inability to speak correctly is endearing, because he’s uneducated, but it doesn’t interfere with his ability to act with compassion. He learns from his mistakes. Trump’s incapacity to master the English language has much to do with his being self-absorbed, unable to empathize. His brain mirrors his ego, his disconnectedness when he speaks tells me there must have been an accountability gap somewhere in his upbringing.

Studies confirm that brain connectivity and function improve when people read. A single novel acts like a jolt of caffeine. It wakes you up to a world outside yourself. Watching too much television actually impairs our “theory of mind” – that is, “our ability to attribute mental states, beliefs, intents, desires, pretending, knowledge, etc. – to oneself and others, and to understand that others have beliefs, desires and intentions that are different from one’s own.”

A quotation often attributed to Twain appeals to me, but historians to this day have been unable to confirm he ever penned it. Abigail Van Buren even thought she’d coined the phrase in a 1966 advice column. The person who does not read has no advantage over the person who cannot read. For the sake of comparing the ages, the passage loses nothing if readers simply substitute Trump’s name for the word “person.” He’ll take credit for it anyway. Who’s going to sue him?