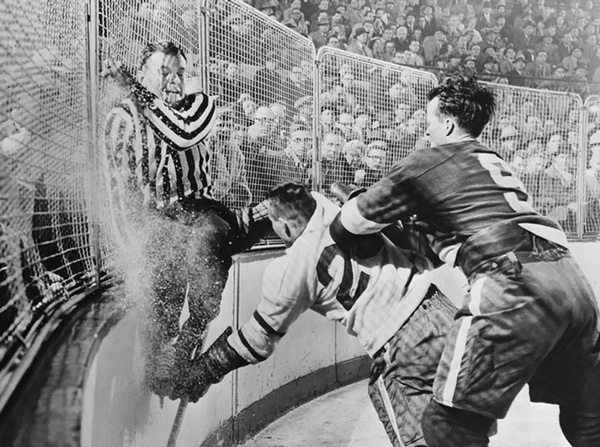 I don’t believe in writer’s block, but there I was – with my deadline staring me down – experiencing writer’s block. I was trying to write something political before the election results came in. I tried the same thing before the 2016 presidential election, and ended up scrapping the piece just before we went to print, asking for a couple more hours on Wednesday morning from the lovely editor of this newspaper.

Two years ago, the tone was softer. I suppose you might want to revise this piece now that Trump has been declared the winner, Missy wrote me over email. And so I did.

This year, the tone from Missy was different, you better have that piece done bright and early on Wednesday or I will pummel you.

Hmmmm, I guess the Trump years have changed us all. And Missy plays hockey. Sure I may be a tone and fit rock climber, but I might not survive a big check to the ribs. So here I am, terrifyingly pounding on these little letters on my keyboard, the historical writer’s fear of his editor running through my veins.

Wouldn’t that make a great headline for bigger media outlets though? “Small time Trump critic assaulted by his editor” would surely be great click bait for Fox News or CNN.

Missy is all talk though, and I’m not one to miss a deadline. One thing I learned about writers block is that when you have a deadline, or better yet a drop deadline (yeah it’s real and serious) those words start a coming. And now I’ve got some concrete results to reflect on as well.

But, as I contemplate a regurgitation of the results from last night, my mind becomes frozen and bored. Yes, I’m happy that we have some checks and balances in Congress now that the Democrats control the House. It’s exciting to see more diversity in every way in our elected officials and candidates, or as Barack Obama said, “The more Americans who vote, the more our elected leaders look like America.”

As I think about it more, I start to wonder how I got so interested in politics in the first place. Before Trump came along, I can’t say I was all that engaged. And quickly went from engaged to enraged. Politics became personal. But why wasn’t I just as engaged when Obama, someone I supported, was president?

I think the answer lies in the anger. I’ve always been motivated by anger, and I don’t think I’m alone in this, especially when it comes to politics.

Anger can be dangerous, too. When anger turns to rage, especially in people with mental problems, the results are tragic. I’ve managed to soothe my anger with time outside, hip-hop cranked to the highest point on the dial, and by the love of my friends, family and girlfriend. And love does a lot for anger.

I’ve also heard this whole thing that “America is more divided than ever,” which is probably true. But in some ways it also feels laughable, as if America was built on some pristine landscape with pure intentions and was once peacefully united. America was taken by genocide, built on the backs of slaves, with rich white men in control – all while exploiting all the poor people in its path. Or, as my homey Oddisee, the rapper says, “How are you going to make us great, when we were never really that amazing?”

Any good that has ever been attained in the United States was hard fought and met with great opposition.

As I digress here, it’s got me thinking what has really changed for me politically in these crazy Trump years? I guess it’s a couple realizations. The first is that disillusioned belief that after Obama our country would be more civil, mature and refined. I was wrong about that, obviously.

The other realization is that I have to make more concerted efforts to protect what I believe in. One of the biggest things that relates to me personally was Trump’s rescinding of Bears Ears National Monument. While that is a very complex issue, I felt in my heart that Obama was doing the right thing by creating it. It was wrong to take it away, and I’ve spent hours upon hours writing about that place, and its importance to America’s soul. So much writing that I have a book coming out about my experiences there, The Desert, which I’m releasing on my 40th birthday this December.

There’s a million other issues, and a million other things to write about. For now, it seems like a trip to the desert is in order, to unplug from all this madness, and find some peace of mind and meditation. Because no matter what is happening in the world, the land that is (should be) Bears Ears National Monument always seems to say, “this too shall pass.”

Luke Mehall is the author of the upcoming book The Desert and the publisher of The Climbing Zine. A Kickstarter campaign for The Desert is running through this month and can be found online.