“Is that chewing gum?” the woman in the purple shirt at the front desk asked me, with more than a hint of disgust. “You will have to spit that out,” she scolded, handing me a box of tissues with her similarly painted purple fingernails.

I dutifully and sheepishly spit the gum out, not quite sure what compelled me to pop it in in the first place. It was especially inexplicable given that only seconds earlier, a large man in a black suit confiscated my phone. He didn’t keep it, he just locked it in a case so I couldn’t use it, but the message was clear: don’t mess.

Perhaps I was nervous knowing my every move was being monitored. Or maybe I wanted to make sure I had fresh breath when I met my idol. Or at least his remains.

As you may have heard me mention before, I’m kind of obsessed with Prince – I guess I never really gave up the dream of someday being his back-up singer or maybe eating pancakes with him at one of his late-night pajama parties. There’s something about this biggest little badass that’s hard to shake. An enigma wrapped in a riddle and cloaked in royal purple satin and lace. He could “hush” the world with a stare and rock the Super Bowl in the rain in heels that put Melania to shame.

Like many, I was shook by his death. A quiet, reclusive, Jehovah-fearing, vegetarian teetotaler, he was supposed to live forever. Then again, by rock and roll standards, 57 is pretty good. But it didn’t make the pain any less.

Thus, when I heard you could tour his colossal suburban fortress, Paisley Park, I knew it was a pilgrimage I had to make. You know, for closure (and maybe a chance to jump on his bed or at least touch his stuff.) So, using a flimsy excuse to see family, I booked some tickets to the Mini Apple and bought my PP tickets online. Before I knew it, my sisters and I were pointing the Dadmobile to the equally unrock’n’rollish suburb of Chanhassen: the Prince promised land.

Having never toured a dead star’s home (or any star for that matter), I wasn’t sure what to expect. Would there be a “Jungle Room?” Would they let us look inside his fridge or poke through his closet? Could we karaoke to “1999” in his private nightclub? Well, when we showed up, it was clear they had seen our kind before. 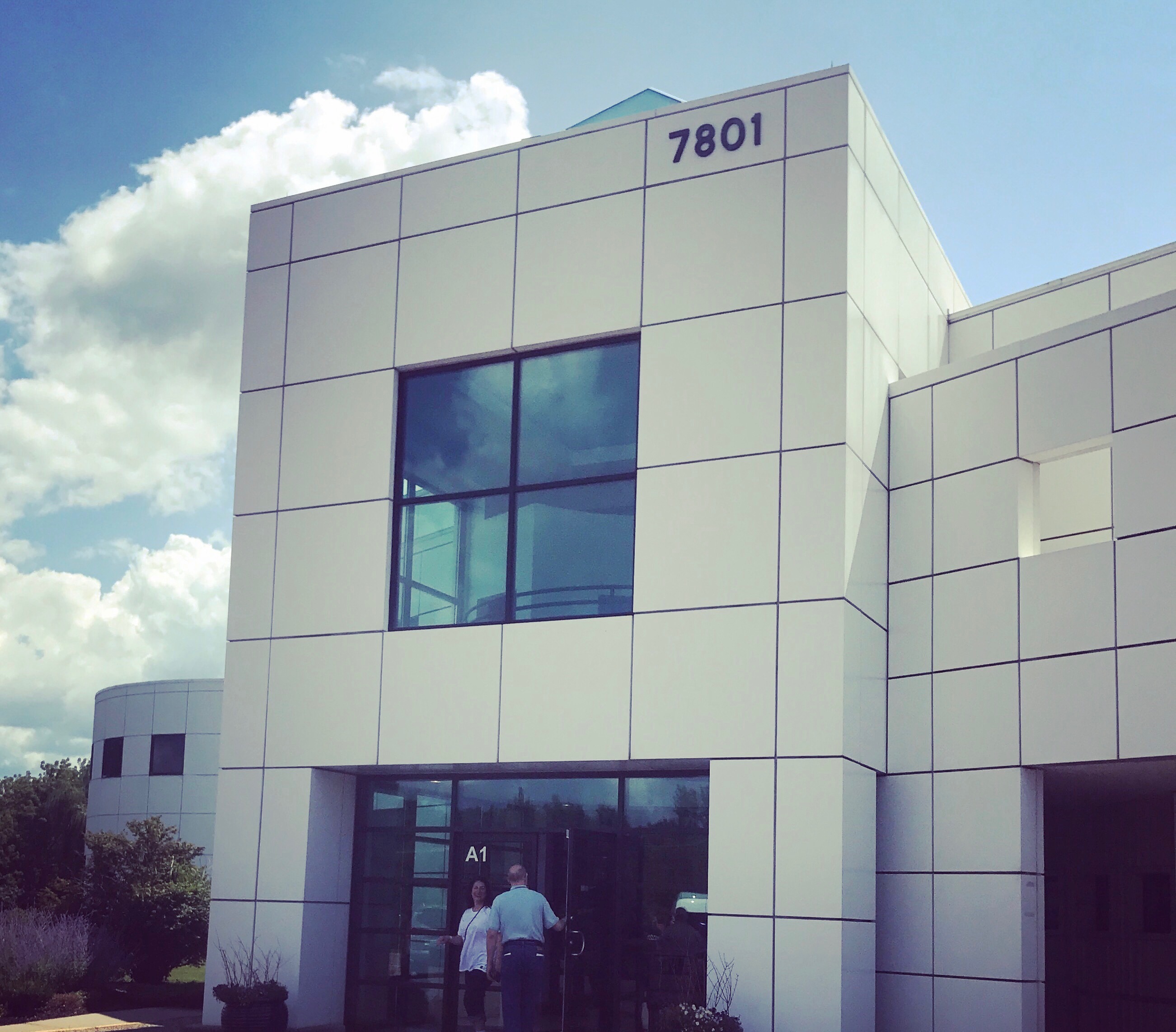 Before I could so much as slink off to run my hands over the purple velvet chaise, I was yanked back in line. The tour was a well-oiled and supervised machine – and can’t say I could blame them. Prince was an extremely private person when he wasn’t gyrating on stage. The rules are how he would’ve wanted them: no roaming, no dawdling, no messing things up and no photos. (That latter of which I was actually quite thankful for. After all, Prince’s home is a shrine, not a place for selfie sticks and hashtagging. #havesomerespect.)

And speaking of his home, one of the things that is most striking upon entering is its distinct unhomey-ness. It resembles more of an industrial complex than your average megastar McMansion, but then again, Prince was far from average. And when your living room is a 20,000-square-foot auditorium that you can drive a tour bus into (as Madonna once reportedly did) there’s really no cozying things up, I suppose.

Alas, once beyond the purple velvet rope and the wall of gold and platinum records, we were allowed a glimpse into Prince’s inner sanctum: his atrium, which was painted light blue with fluffy white clouds. It was almost surreal as our group stood on his white marble floor with the inlaid Prince glyph at our feet. We had a moment of silence at his urn, a mini replica of Paisley Park that was placed in plexiglass high up on the wall where no crazed fan could get to it. Everyone solemnly bowed their heads – from the Kansas hipsters (if there is such a thing) to the aging rocker in the black ABBA T-shirt (who would later prove to be a walking encyclopedia of audio-recording knowledge) to the suburban housewives – paying respect to the man, the myth, the symbol.

From there, we were taken on a closely guarded tour of some of Prince’s hangouts (and no, for the millionth time, I did not see the elevator. For shame, people!) Alas, there was no bed jumping, but bear in mind, we only sprang for the cheap tickets. It’s possible had we thrown down the extra $40 for the "VIP" tour, we would’ve gotten this honor, or at least a chance to sit on the purple chaise.

Despite this small let down, we did get a fair enough glimpse into his everyday life. And it turns out, his Royal Badness was really just a regular dude. He had an office, with a computer, a satchel, conference table and even some notes scrawled on paper. He also had pets – two white doves, Majesty and Divinity, named after, well, I don’t know but I’m pretty sure it was a girl band he launched in the ’80s. When he wasn’t playing shows in his own auditorium or recording platinum records, Prince liked to hang out in his man cave, where he watched hoops (his favorite sport) and ate macaroni and cheese. It's a lesser-known fact that Prince was a ping pong master, who could school anyone who dared challenge him. He hated meat, loved sugar and preferred Hondas to Harleys. In fact, he was such a regular guy that it wasn’t unusual for townfolk to pull up next to him at a stoplight and wave (you knew it was him by the purple Prowler or Bentley.)

*Speaking of purple, I know Prince’s sister recently came out saying his favorite color was orange. I’m not sure if I buy this as there was not a lot of orange at PP. Anyway, I’d bet money, had Prince lived long enough to see the current presidential debacle, he would no longer be so fond of orange.

But I digress – even though Prince would’ve made a way better president and had a way bigger inauguration crowd – because the point of going to Paisley Park is not to get depressed about the dismal state of political buffoonery. It’s to celebrate happier times, when a skinny kid from Minneapolis catapulted to rock and roll stardom. And to ogle all the Princeabilia: guitars, photos, costumes and more costumes. Let’s just say, it’s a good thing he was better at hanging onto his ’80s fashions than the rest of us. Perish the thought of his "Purple Rain” coat ending up at a thrift store somewhere in northeast Minneapolis.

Unfortunately, as all good things must – including Prince’s amazing life – the tour in the purple time capsule came to an end all too soon. It was hard not to feel a pang of sadness at the end of the tour – which concluded with a video loop of his momentous Super Bowl halftime medley. We were told to take as much time as we needed.

“You gonna be all right?” one of the guards gently asked as we stumbled back into the daylight of the merch tent, our eyes red and blurry. We vaguely nodded, even though we weren’t totally sure. We wandered over to the cafe, where visitors could order some of Prince’s favorite foods, but for some reason, we weren’t hungry. (I’m not going to lie, though, I did buy a T-shirt and a glyph necklace. There’s nothing worse than non-buyer’s remorse.)

Nearby, a girl dressed in black sat alone at a table and silently cried into her chocolate-chip pancakes.

I felt her pain – even though I knew Prince would say ain’t nobody got time for that. It even said as much at Paisley Park’s entrance, which bared these lyrics: In this trusted place / U can erase / Every tear that ever rolled / down your weary face.

Yes, Prince we know. You never meant to cause us any sorrow.