It’s illegal for French grocery stores to throw away food. Seriously. Over there, if you’re the proprietor of a large grocery store – 4,000 square feet or more – you can get slapped with a 40,000 Euro fine for throwing away wilted lettuce. So, all the “bad” food is given away for free to people who need it, or to farmers who want it. 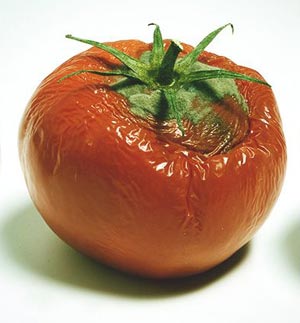 Now, I know what you’re thinking: if you’re on the left, you’re saying to yourself that this is a good thing, that food shouldn’t be wasted considering the number of people who go without, and those who waste food should be held accountable. And if you’re on the right, you’re saying to yourself that this is typical business-killing, nanny-state nonsense, but begrudgingly, you understand the thinking: waste is bad. But do you know why it’s bad? Food waste isn’t just morally wrong given our local homeless and poverty issues; it’s also killing our planet. Every year, the food wasted by humanity creates more greenhouse gasses than every country on earth besides the United States and China. If we  don’t stop putting good food in the trash, we’ll soon reach that tipping point Al Gore has been warning us about for a decade.

So, at this point, do left or right opinions really matter? No. Things need to change. The United
States throws away more food per capita than any other country, and I’m sure this fact doesn’t surprise you. Actually, we throw away about 30 percent of all the food sold in this country, which amounts to a ridiculous $48.3 billion dollars in the trash annually. If you crunch the numbers, it’s embarrassing: each one of us wastes about 640 pounds of food every year. And of course, it’s not just us. Globally speaking, our species isn’t much better: collectively, we waste about 1.3 billion metric tons of food every year. I won’t try to do the math, but I’m pretty sure that’s enough food to feed the hungry, you know, forever.

So why do we do it? Oddly enough, it’s for the same reason we screw everything else up in this country: fear. The grocery stores are afraid of lawsuits, and given our litigious society, can you really blame them? If the local City Market gave away all their old food to the hungry masses, and someone got sick, what’s to stop that someone from suing? If an old woman can pull into a McDonald’s with only a few dollars to her name, but leave a millionaire after spilling coffee on her lap, what’s to stop someone from getting rich off rotten tomatoes? Unfortunately, nothing. And that’s why policy is the way it is. I called all the local grocery stores for

comments before writing this, and as it turns out, the largest one in our area won’t even let their employees take the bad food home to feed their chickens (the guy I talked to was pretty pissed about it). Absolutely everything, edible or not, goes in the dumpster.

And the vicious cycle spirals deeper. Most of the food that’s thrown away by grocery stores is tossed out due to passed expiration dates, which sounds logical, until you realize the expiration dates used by food producers in this country are overly conservative. Those producers share the same fear harbored by the stores they sell to; if someone gets sick from

expired food that’s dated as good, that lucky someone can sue the producer, so expiration dates are figured conservatively to avoid the financial risk. And admittedly, that financial risk outweighs the benefits that might come from giving food to the needy because “doing the right thing” doesn’t stack up against a million-dollar law-suit.

So how do we fix it? The same way we try to fix everything else fear has ruined for us: we act locally. We make small changes and hope they catch on, spreading slowly between likeminded people. And we do this by shopping consciously. We spend our money in stores and restaurants that exercise sustainable practices, and believe me, they’re out there: Nature’s Oasis lets their employees take food that would otherwise go in the trash, and scraps are always available to farmers; they even send some of their food to the Manna Soup Kitchen. The Vitamin Cottage has a list you can put your name on if you’d like to pick up their scraps or older produce for livestock feed or composting. And DNF has a similar policy. It took me about 15 minutes to figure out which local stores act responsibly regarding older produce, and which ones do not.
But I’m not going to sit here and say that I’ll never shop at a large chain grocery store again, and that you shouldn’t either, because that would be unrealistic. However, I am going to try to buy my produce where it counts: small acts are the easiest, the most realistic, and in this case, this small choice can bring with it meaningful change. And can you imagine what it would be like if we all took those 15 minutes to call? Can you imagine what it would be like if everyone in Durango called those large grocery stores, the one with homeless and hungry locals standing with cardboard in their parking lots, and demanded that they figure out a way to keep our food out of the dumpsters? I can, and I think it’s worth it.