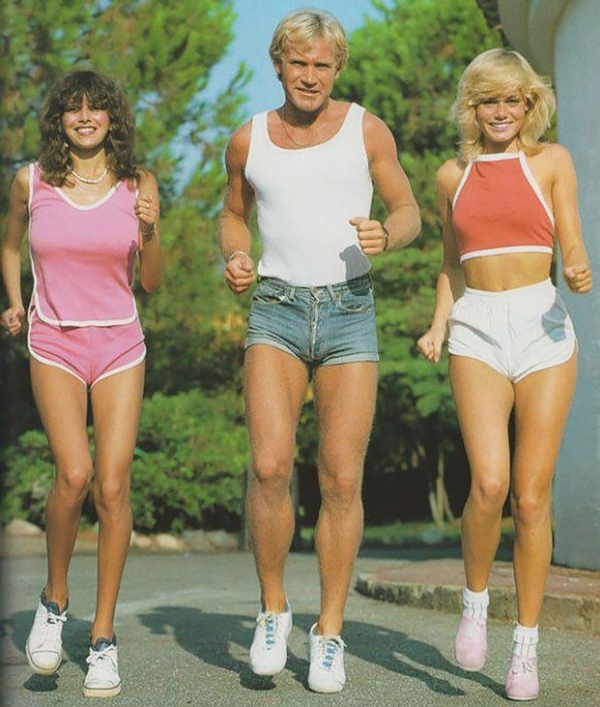 Many people set New Year’s resolutions to burn off all the gratuitous food they ate over the holiday season, which currently extends from Valentine’s Day clear through to Martin Luther King, Jr. Day. I, however, am opposed to setting myself up for failure on the first day of the year with such a resolution. That’s why I set myself up for failure well before the first chestnut was roasted and the first egg was nogged. I
took up running.

Now I am not new to running. I have run before. Most recently, I ran a mile in gym class my freshman year of high school, which was not so very long before this year’s seniors were born. The important thing for my resolution’s purposes is that I ran that entire mile without stopping for more than five minutes or so at a time. I am reasonably certain that, as a grown man with much more life experience of sore muscles and joint pain, I’ll be able to stop for 10, even 15 minutes at a time.

Those recovery breaks will be essential if I am to kid myself into believing I can accomplish something I have not yet done –not even cumulatively – in my entire life, which is to watch “Game of Thrones.”

Just kidding! I never watch television shows in progress until the public reacts to the show’s finale; I learned my lesson from “Seinfeld.”

No, what I’ll be accomplishing is my non-New Year’s resolution, set back in October, to run for 30 whole entire minutes.

Turns out there’s a proper technique for eating grapefruit to prevent injury and fatigue, which feels completely alien. You never know if today’s grapefruit will be blissfully flavorful or painfully tart, except that you always, always pick the tart ones. And you end up getting squirted in the face until you cry, you throw away your little serrated spoons in disgust, your whole body hurts, you can’t breathe, you might even vomit a little, you lose your appetite, you wake up the next day with calves so tight you can hardly limp to the bathroom, and you regret ever publishing in the newspaper that you would eat 30 whole entire grapefruits because you will be publicly humiliated if you give up now.

But, being the champion fighter you are, you still get out of bed four or five days later and go eat another grapefruit, because this gargantuan effort really doesn’t take too much time out of the day. Plus, if you can keep this up through Christmas, you can eat anything you please with absolute diplomatic immunity.

Let’s be frank: it really is the food that keeps me going. No point in failing to burn off all those visions of sugarplums come January when I can eat double the candied yams in December. My intention to take a jog will likely burn off at least some quantity of the calories that an actual run might require. I never hurt anyone else’s feelings by saying no to their cookies, and I never hurt my own with well-deserved guilt. I cannot conceive of a scenario with more winning.

Still, it is true that I make some space between meals for physical exertion. I found a running plan, called “Couch to 5k,” that I had printed out the last time I made this non-New Year’s resolution. It’s a clever concept – over five weeks, any ol’ couch potato can build incrementally from zero running at all to dropping out of the program entirely.

For instance, Week One suggests a brisk five-minute warmup walk, followed by eight repetitions of jogging for 60 seconds and walking for 90 seconds, three times that week, each one followed by a large green chile pizza. Week Two elevates the challenge to 90 seconds of jogging, two minutes of walking, and a side of cheesy breadsticks. Out of nowhere, the end of Week 5 pounces with 20 minutes of nonstop running. I had the foresight to read ahead on the schedule, however, so I knew which dates to book myself doing absolutely anything else.

Yet now the moment of reckoning is nigh. The beginning of the culmination of the true holiday season is upon us, when the only out-of-place seasonal items in retail stores are decorations for next Halloween. Come the day after Thanksgiving, I will know if all my calorie-chowing intentions have succeeded, or if I am doomed to carry around my failure until, like everyone else, I correct course with a proper New Year’s resolution.

On a hunch, could someone teach me how to eat a grapefruit?