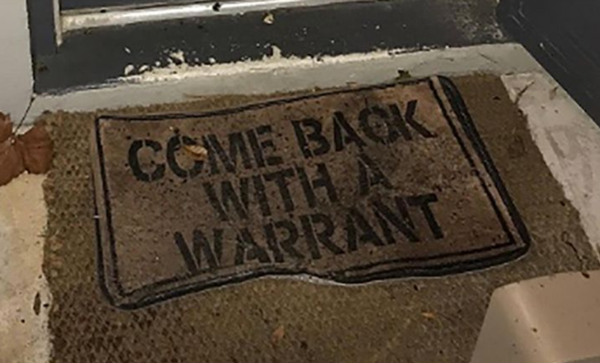 The surest sign of our downfall would be if there wasn’t a "Sign of the Downfall" in this week’s edition, so buckle up. And since I’m not wasting actual paper, I’ve decided to break my 90-word bounds and tell you how truly screwed we all are, because you’re probably paying way too much attention to the obvious sign of our end times. Know what I mean? When it comes to the apocalypse, plagues are just so “basic,” as my kid would say, and you don’t need a newspaper to tell you that our president puts the OMG in Armageddon. So, this week, I’ve decided to look beyond the self-evident and find a few more signs of our impending doom, just in case it wasn’t blatant enough already:

A home in Palm Coast, Fla., was under suspicion for being a crack house. When police did a drive-by and saw the doormat saying, “COME BACK WITH A WARRANT,” their suspicions were confirmed. They got the warrant, came back, and then ruined the residents’ day by seizing a bunch of fentanyl.

Chris Platzer, a city commissioner from Vallejo, Calif., got drunk during a videocast public meeting and threw his cat while constituents watched. He resigned… 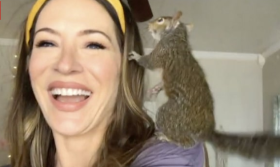 A famous one-eyed squirrel from Lafayette, La., named Willamina was just released into the wild by his/her owner because raising the creature was “like having a toddler on meth,” according to a woman who thought squirrels were toys. Willamina’s Instagram fans had mixed reactions to the squirrel’s freedom.

Also, Oregon police had to remind residents not to call 911 when they run out of toilet paper ... cussing in public in Virginia was just decriminalized even though it’s 2020 ... and a guy right here in Colorado just won the $1 million Powerball jackpot twice on the same day, but I don’t know him, which sucks.

Lastly, The Pentagon just released three authenticated videos of bonafide UFOs, pretty much proving that alien visitations are real, but the story is buried in the headlines under all sorts of coverage about you-know-what. Kinda makes you wonder what other news we’ve been missing because we’ve been paying attention to the obvious, huh? But it’s not like it matters, because if aliens ever landed, they’d turn around and leave after seeing our welcome mat.