The true measure of being too busy, for me, is not calling my dearest mother. Last night I called my mom for the first time in three weeks. In those three weeks I’ve been all over Colorado, and in my favorite mountain towns. First it was the Fourth of July in Gunnison and Crested Butte, then it was a wedding in Carbondale, and finally last weekend I was up in Telluride with my girlfriend for the Yoga Festival. (I went climbing while she was yoga-ing.)

I have a deep love for all of these places, and all of the above-mentioned towns, along with Durango, make up my personal Top Five Colorado Towns. (Sorry Aspen.) I lived in the Gunnison Valley for a decade before moving down here to the tropics of Durango in 2010, so I’ve seen a little bit of change. My writing guru, George Sibley, perhaps summed it up best: 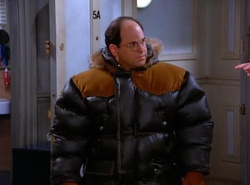 When I was in college at Western State in Gunny, Crested Butte was dubbed as the “last great ski town in Colorado,” and tourism wasn’t exactly booming. The ski resort, the town and the college would hold meetings brainstorming how to bring more people to town. It was urgent, they said. If we don’t sell more houses, bring in more skiers and get more people to look at wildflowers, we’re going to be in big trouble, they claimed. The flowers might even stop blooming.

I went to these meetings because I was a writer for the college newspaper, and at meetings of this nature, who would be more perfect to offer an opinion than a poet who knows nothing about the workings of the economy? Now that CB is in the midst of a major tourism and real estate boom, forcing out longtime residents who can no longer afford to live there and making Outside magazine’s “best place to blow coke on a Wednesday night at a dive bar after
mountain biking for two hours” list, I wonder if CB sold itself a little bit too much? Like a super attractive woman joining Tinder and receiving 100 messages all reading something to the effect of “hey u. wanna meet up at the el rancho? afterwards we could do some hand stuff, take it slow. u know a romantic evening.” Yes, this article is satire, but that’s what a lot of Tinder messages look like these days (with less punctuation).

After all, CB is losing its dirtbag culture by the minute, while real estate agents sell that same culture to millionaires looking for some “authenticity” in their lives. “Oh my God honey, don’t you just love those prayer flags dangling off that million dollar shack, let’s buy it. We can sell some of our Halliburton stocks. Dick won’t mind.”

“Oh, you definitely want to do that,” the real estate agent would say in a bubbly voice in my imaginary dialogue, “You can ride your townies every day and pick up a cocaine habit, just like the locals.”

Someday, I imagine I’ll write a best-selling New York Times memoir about my days as a dishwasher in Crested Butte, when I lived out of my truck and couch surfed. Back when you could be a citizen of this country, live in Crested Butte, work a blue-collar job, and actually make and save some money! It will be the stuff of legends in a few years in CB, when every house is an Air BnB, and the billionaires drive out the millionaires.

I’m sure the Town Council will still be full of trust fund liberals with campaigns for more wildflower festivals to save the environment, more adventure film festivals, and vigorous campaigns to ban plastic bags. “Wait, councilor didn’t you drive your Hummer that gets 8 mpg to this meeting,” someone will say to deaf ears. “Yes,” he’ll reply. “But I have purchased carbon offsets in Africa. Someone planted trees today just so I could drive to this meeting. Check my Instagram, I just posted pictures. My handle is @simplelifeincrestedbutte”.

Crested Butte is just in the adolescent stage of selling its soul to real estate and the ski industry, let’s turn to a town that did that long ago, Telluride. Oh, Telluride – a town that preaches environmental and social responsibility while completely building the entire economy on tourism made possible by consumption of fossil fuels and other precious resources used to build second homes. Where Jerry Seinfeld keeps 37 of his Corvettes, and Oprah reads at her leisure to select the next title for her book club in her $38 million home.

The great part of Telluride is, none of these rich people actually do anything off trail in the mountains. There can be 20 people at the fur store, but you can have the climbing crag all to yourself! Sometimes I see the second home-owners while we’re on the approach trail. (You can spot them because they never, ever have dirt on their jackets, and they smell like soap.)

You might sense some animosity here toward McMansion purchasing and second homeowners, but honestly, I owe my livelihood to them. Thankfully, I’m not doing the Durango Tango anymore, I’ve moved into consulting.

When so-and-so retires with that pension from years of white-collar labor and wants to get one of those affordable mansions in a mountain town, they turn to me: authentic dirtbag, social media influencer, professional wordsmith, and owner of 10 Patagonia T-shirts. At $200 bucks an hour, I’m not cheap, but I’m worth it.

I coach them on the little things. Be sure to say mountain town buzzwords like “10 milligrams,” “fat bikes,” “small batch,” “dab” and “locally sourced,” I say. When they get a new $500 puffy coat, we go to their back yard and make dirt angels. “You’ll thank me later when someone mistakes you for a local,” I say, and they always do. “Now straighten those arms, I want to see dirt everywhere.”

Later, once they’ve written that thousand-dollar check, we have drinks and make fun of all the locals dancing the Tango, working multiple jobs they are overqualified for in order to live in this beautiful place, and then my client will say something poignant, “Aren’t you glad the Russians intervened in our democratic process, and Donald Trump got elected so we can continue this fac?ade that free market capitalism works to create a just society?”

And even though I was rooting for Bernie Sanders, and the concept of a living wage for working class people, I’ll tip my glass back and nod my head in agreement.