Stop the steal
Yes, the Telegraph is "Free but not easy." But not that free. 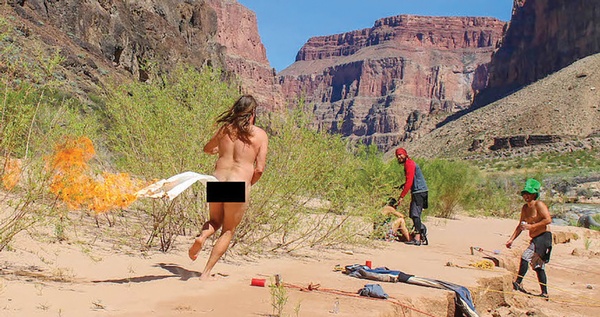 When we first noticed this happening, we were flattered by the annual surge in circulation, blissfully believing folks were gobbling up our hard work as fast as we could get it out there. Sometimes, racks were completely cleared of papers in just a few short hours. But then, the cold harsh truth hit – or rather the cold, harsh winter.

We first clued into reality when a regular writer for the paper called in a panic one day several years ago. He was getting his hair cut and saw a guy pull up to one of our boxes outside and take the entire stack of papers within. He was a little out of breath because he had just tried to chase the thief down. Unfortunately, the nylon apron hindered his would-be vigilantism, and the paper stealer stole away, although we did get a fuzzy photo of his Jeep in hot retreat.

To be honest, we were a bit befuddled by the motive for this blatant daytime attack and chalked it up to randomness. After all, over the years, we had experienced more than a few mysterious “paper capers.” Like the time I hired a brother of a friend to do delivery. A few weeks after he started, I began getting calls that the papers were not showing up in their usual spots. The delivery guy, whose name was “Earth Child” – which should have been my first clue – swore up and down that he was doing his job. My mind suddenly went to dark places like sabotage, unabombers and stakeouts. However, my fears never materialized. The mystery was solved when several months’ worth of undelivered papers were discovered in the trunk of Earth Child’s abandoned sedan.

Then there was the scandalous and hopefully no longer infamous “Martinigate,” in which a cocktail waitress, who posed in a bar ad scantily clad with two strategically placed martini glasses, regretted her decision the next day. To save her, uh, olives from the public glare, she allegedly denuded our Main Avenue racks in an early morning raid, according to eyewitnesses.

But the guy hitting up the box in broad daylight – that seemed more brazen. I racked my brain to think of who we had pissed off, other than the usual suspects. However, after a few more similar incidents, it dawned on us. It was nothing personal: people just wanted to be warm. They did not have an insatiable appetite for our clever, thought-provoking and entertaining content (or at least the horoscopes) so much as for our easy-access flammability. So every year like clockwork, when the temps drop and locals fire up their wood stoves, our free and plentiful paper becomes a hot commodity. The guy who took the stack that day probably just thought he was being stealthy and resourceful in securing his winter stove stash.

Truth be told, I am much more amenable to this end-use than that of a crazed paper hoarder. If the paper is being recycled and put to good use, I’m all for it. In fact, to help our wood-burning friends, we started stockpiling old issues at various locations. Surprisingly enough, this little experiment in the communal honor system worked, at least for a while. As can be expected anytime the word “free” is attached, some folks took it a little too far.

“I’m at your rack and there aren’t any old papers. If you don’t call me back right now and tell me where to find some, I’m going to take all the new ones,” a snippy woman once demanded into our voicemail. I know being cold can force people to do desperate things, but I was slightly aghast at her entitlement, as if we owed her. (She’s probably the type that steals sugar packets at restaurants, too.)

C’mon, you’re probably saying. It’s just a few papers. And everyone does it (including my own friends, a sore subject.)

But let’s get one thing straight. Even though we are a free paper, the paper is not free. The cost of printing alone comes to around 15 cents a paper – and that’s just paper, ink and press operation. It does not include all our other costs, like writers, photographers, salespeople, designers and delivery people or the less sexy stuff like computers, lights, wi-fi, standup desks, bar tabs and therapy sessions. If we factor all that in, each paper costs upwards of $1. So when you help yourself to an entire stack of the current issue, you are in effect stealing $150 worth of product (and breaking the law, BTW). Week after week, that can add up. And in case you haven’t noticed, no one’s getting rich at this newspapering thing.

We have one location (which I will refrain from identifying because it is the subject of an ongoing investigation) that has proven particularly vexing. In fact, we’ve stopped stocking new papers there altogether and only stock it with back issues. Nevertheless, these, too, disappear at an alarming rate, regardless of whether it’s puffy or flip flop season (one in the same for some). There seems to be a pattern here, so as to make us think it’s a solo marauder, who, needless to say, has piqued our interest. I mean, what is he (*I don’t know for sure it’s a “he,” but based on historic precedent, it’s safe to assume) doing with all those papers? We’re talking thousands upon thousands that have walked off into the dead of night. Maybe he’s running the world’s largest puppy mill. Or using them to insulate his cave or fire a very large kiln. Or perhaps there’s something more nefarious at work, like he doesn’t agree with our world-class newspapering. Or use of big words like “nefarious.”

Nevertheless, efforts to catch the perp have fallen woefully short. In fact, for nerdy reporters, our surveillance skills suck. This is probably because most everything we learned about sleuthing came from “Scooby Doo.” Besides, there’s something creepily “Silence of the Lambs” about the idea of a toothless troll who lives in his underground lair surrounded by stacks and stacks of your papers. (Hopefully, he’s not making “suits” out of them.)

But until we catch him – possibly with the help of Velma and Fred – all we ask is you please limit yourself to one copy of the current issue a week and promise you’ll read it cover to cover before crumpling it up and tossing it to its fiery death. (A friend assures me one page is all a true woodstove pro needs to start a fire – anything else is just poor form.) Maybe once in a while, if you’re feeling generous, toss a few coins into the bottom of the box, or slip a few bills under our office door or into the delivery boy’s g-string. (Just kidding – don’t’ do that, it could get me sued. I would also like to point out there are other, ahem, newspapery options out there that burn just as well. But that might get me sued, too.)

Because if there’s no Tele to burn, folks will have to resort to burning other stuff like junk mail, lawn furniture, old skis that didn’t sell at the swap, dryer lint, unpaid parking tickets or even toilet paper. And god forbid there’s another toilet paper famine, in which case we’ll all be cold and have that not-so-fresh feeling. Trust me, nobody – not even an evil newspaper troll – wants that.