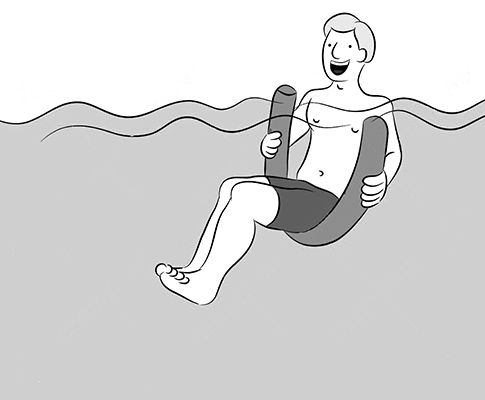 Zach Hively - 08/20/2020
I have wanted to take my father paddleboarding for approximately six and a quarter years now. That’s longer ago than my first paddleboard ride. Before I even tried it myself, I wanted to take him with me. That’s how much I knew, with absolute certainty, that he would like it, probably.
But – I acknowledge that I am the same son who gave up a real, honest and, most importantly, paid college internship, at hourly rates I have yet to sniff again, to major in both English AND philosophy. It’s taken me more than a decade to prove to Pops that my degree is as edible as any degree in the hard sciences. We can forgive him for ignoring my recommendations.
It was also possible he just wasn’t interested in paddleboarding. I thought that sounded reasonable. Until one day this summer he called and said, “Hey, your little sister in Oregon went paddleboarding. I think it sounds cool. Want to try it?”
It took me a while to answer. But once I finished fanning the smoke alarms and opening windows to clear the steam billowing from my ears, I said, “Bring it on, dude.”
Pops expressed amazement that I already owned a paddleboard, no matter how low-end and no matter how many other things I could have therapy-purchased during a global pandemic. So he rented his own stand-up from his local paddleboard provisioner, strapped it to the top of his vehicle, and promptly pulled off the highway 11 different times between his house and mine to check the straps.
“You know,” I said, “inflatable boards are also deflatable boards that fit inside the car.” But – I acknowledge that he is retired, whereas I lack a functioning retirement fund. We can forgive him for pretending not to hear me. Just this once.
We drove together to the lake that afternoon. I held my deflated paddleboard on my lap, because the half-flaccid board tied to the roof rack blocked the hatch. Dark clouds lurked on the horizon: the kind you avoid making eye contact with, because if you don’t challenge them maybe they won’t ruin your day. We pulled up to the parking lot. The wind chopped the water on the lake, but Pops had driven hours to my place just to try out this newfangled outdoor activity with me. He would not back down from the daunting waves, or clouds waiting to pick a fight, or what turned out to be a busted paddleboard pump.
He could still put air in the board, but the gauge was kaput. My pump fitting didn’t match up right, so he had to guess the air pressure, like squeezing a bike tire. Which would totally be the same thing, if bikes rode on water.
“Feels great,” he said. “Let’s go.”
Our standards certainly change with time. Let’s just say, at my age, I’m not satisfied with a paddleboard as flippantly floppy as his was, waggling willy-nilly in the breeze.
The waves looked much bigger once we got our feet wet. Pops squeezed his board again, nudged it, looked back at all the people camped out for the day along the shore. “What do you think, dude?” he asked. “You alright with this weather?”
“Feels great,” I said. “Let’s go.”
I walked my board into the water and jumped on. Right away, I felt like that guy in The Old Man and the Sea, battling the elements for mere survival. I looked back at Pops. He was sitting on his board, which bent in the middle like a pool noodle.
“How’s your board feel?” I hollered.
“A little flimsy,” he shouted back. He looked back again to everyone on shore, clearly certain they were all watching him. I was more clearly certain they were watching his white socks in water sandals. But – why say anything?
I turned around and retrieved the pump from the car. We inflated the board to balance out his punctured ego and then gave it another go. Fifteen, maybe 20 minutes later, after I reminded him it’s a stand-up paddleboard and not a sit-down paddleboard and he fell into the water and got back on again, we finally cut through the waves to where the water was deeper than our height.
“You’re kicking ass!” I shouted over the gale. “That’s not a beginner board. This wind is bananas. You gotta come back sometime when the water’s calm. It’s so relaxing!”
“Whatever, dude,” he said. But he heard me. And he was beaming. 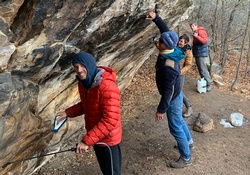 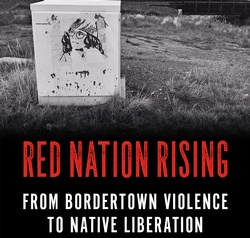 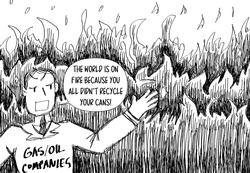 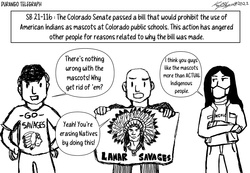