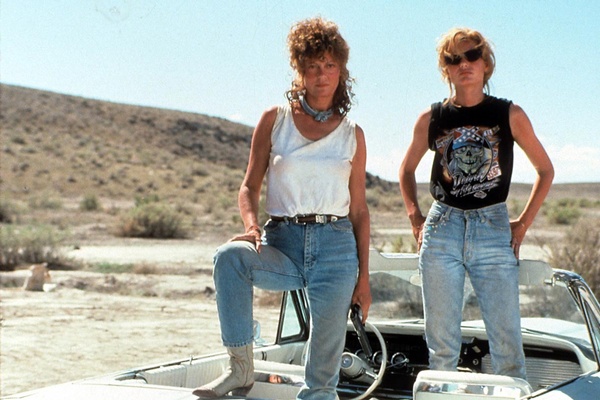 With the recent threat of dramatically increased national park entrance fees, and with most of the targeted parks located in the West, you might think it’s time to consider a few alternative travel itineraries for your summer vacation. After all, peak season was being defined by the National Park Service as the “busiest contiguous five-month periods of visitation,” which roughly translates into exactly when you have the opportunity to visit them.

Harshly criticized, the proposed fee structure prompted administrators to rethink their plan, requiring only modest in-
creases this year at all 117 parks where fees are charged. Many taxpayers believe Congress needs to step up and properly fund the parks it created, but expecting another dysfunctional federal budget to resolve decades of neglect is like Scrooge seeing Teddy Roosevelt’s ghost-of-national-parks-past dressed in a Santa Claus suit, rattling a set of logging chains in the House of Representatives.

Let me assure you, America’s Southwest is filled with kitschy caches of cryptic consumerism, ones that Park Service personnel wouldn’t ever dream of mentioning in public. And for good reason. Your children will love these locations, because they are more cool-and wow-inspired than a bunch of breath-taking scenic vistas comprised of hazardous cliff edges, unstable rocks and indigenous (sometimes poisonous) plants.

Have you ever seen an actual piece of petrified sloth dung? It might not be your first choice, but it’s less expensive than getting into the Grand Canyon and it's on display at the Sonoran Desert Museum in Tucson, a turd protected behind a piece of plexiglass so your children won’t be able to play with it, all encapsulated within a simulated cave experience that comes with only the ticket price. Only 11 miles away is a 20-foot-tall concrete wine bottle standing beside the Boondocks Lounge. Maybe the kids could climb on it while you go inside, purchase some liquid refreshment and find an unregulated campsite out in the boondocks.

Here’s another idea if you’re touring Arizona. Joanne’s Gum Gallery Museum near downtown Quartzite displays over 4,000 pieces of gum that have been put aside by Joanne Brunet herself since she was a little girl in the early 1940s. The gum would easily be a world-class attraction had the specimens been masticated and modeled into miniature portrait replicas of infamous people, then stuck to a bedpost, but alas, they are all displayed with their original packaging. Still, it’s a time capsule of sorts, and the admission is free.

New Mexico has a reputation for its military testing grounds, aliens and nuclear bombs, but the town of Mesilla contains a reputedly classy dining experience at the Stabbed Lovers Haunted Restaurant. As the story goes, two teen-aged lovers, a servant girl and the son of a wealthy family, were discovered in compromising positions. The young boy’s mother then stabbed the girl with sewing shears but during the tussle she managed to skewer her son too. Both “ghost chairs,” where the tragic spirits reportedly sit, are off limits. Don’t even think about sitting there.

Home to four of the 17 popular national parks where fees nearly skyrocketed, Utah still has room for more than a few unusual escapes. The cliff where Thelma and Louise took the plunge in Dead Horse Point State Park near Moab is there, as well as an early 1900s bank built entirely from 80,000 bricks sent to Vernal, Utah, by mail (not even postage due). But the gem has to be the mounted dog head at the Shooting Star Saloon in Huntsville. “Buck” – a Guinness Book Record for the “World’s Largest St. Bernard” – weighed in at 298 pounds. The preserved head (possibly drooling, possibly not) hangs on the wall above a special booth in Utah’s oldest saloon. The saloon’s burgers were once written up in USA Today as the third best in America, but in that particular booth they’ll always be under a Buck.

If time is as scarce as money, perhaps the Four Corners Monument, situated on tribal land and not under park service jurisdiction, will appeal to you. For just a few dollars at the gate, an entire family can buy souvenirs while playing hopscotch in the crosshairs of Colorado, New Mexico, Arizona and Utah, the only spot in America where visiting four states at virtually the same moment is possible, a kind of transporter

beam experience, especially useful when the sun’s hot and you’ve lost the urge to energize.

For a change, it would be nice to hear of an unwavering commitment to the national parks from our elected officials without having to rely on a backup plan. While we wait for the impossible, why not purchase an annual pass for $80 which gives you access to every national park. Think of it as contributing to the restoration of America’s public lands and improving their aging infrastructure – roads, bridges, campgrounds, waterlines, bathrooms and other visitor services. The task must be an enormous undertaking.

And just in case enormous generates the kind of electric excitement your family craves, the world’s largest nose can be found in Artvin, Turkey. It comes attached to Mehmet Ozyurek who was born in 1949, and believe it or not, he’s still alive. It measures 4.5 inches. You can bet your last vacation dollar it will cost more than an $80 annual park pass to see that unnatural wonder.