Talking trash
Thou shall not covet selling they neighbor's trash 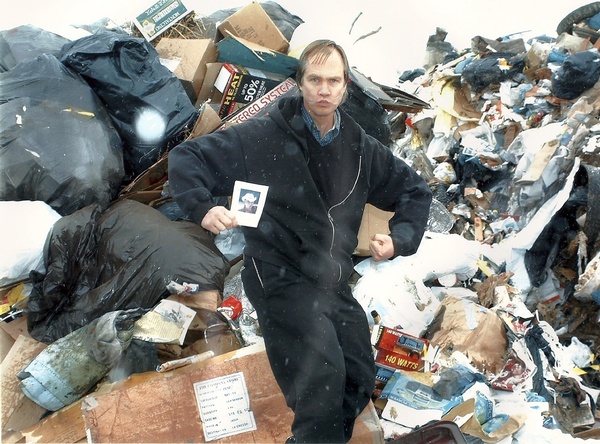 Sheds and garages across the county contain secret stashes no passerby can imagine, mostly because these caches are behind locked doors, which is as it should be. A stranger might steal something. It’s not worth taking the risk.

It must follow then that a portion of the haphazard heaps of junk in plain sight, decorating far too many properties, is expendable, which is why I’m considering selling off a portion of it. It’s likely the owners have forgotten exactly what they’ve left scattered across their yards.

I’m still designing the sales logo, but the concept is simple. It promotes letting go of something, anything really. We’ll all be grateful – every neighbor, be it a walker, rider or driver on this cluttered planet that has no choice but to pass by and wonder what kind of human genome is at the bottom of these heaps. When I stop by to plant my “For Sale by Neighbor” sign, please, just think about it. People are obsessively blessed with things, so many that they can’t keep the muddle inside anymore. Mounds are slumping off porches, spilling into the yard, creating a tremendous amount of interest in what could possibly be so precious that it can’t be hauled to the landfill.

As soon as my sign appears, other neighbors will be tempted to look more carefully, call or stop by, wondering what exactly is being advertised for sale. That’s when the owners can start speculating, asking themselves if perhaps a customer’s interest might make it worth selling something – anything. Perhaps the owners will even suggest a price, offer to bargain or just give the trinket up to them for nothing if their inclination tilts in that direction. I don’t actually want a commission on any sale, except that I do want my sign back. I know of too many places where it might prove useful.

Naturally, property owners might be offended at the audacity of me suggesting such an idea, thinking my sign stands for a sarcastic comment on their version of aesthetics, or on their absolute constitutional right to creep out anybody who passes by their property. But you see, it is just an idea, an abstract avenue that could lead to an awakening or even a discussion. And strictly speaking, how private is property that can’t keep up appearances? That’s where garages, sheds and tall fences play an important part in keeping a property owner’s personal sense of beauty all to him or herself.

Municipalities across America, often in the spring or fall, sponsor annual clean-up events, which may have to be postponed this year until the coronavirus has finished its dirty work. If you’ve seen its image, the virus’ shape under a microscopic lens takes time to get used to. We should realize by now that it’s dangerous, but magnified it looks surprising like a tiny Christmas tree ornament, or one of those suction-cupped plastic projectiles you can toss that sticks to any slick surface, especially if you wet it before letting it fly. Still, it’s not a trivial thing, and this pandemic could also end up in all of our back yards.

So let it be known I’m not in a rush to get started with my new venture, because I don’t want to encourage a truckload of strangers to stop at a stranger’s home, but I do want to get this idea out into the air, so to speak. I mean, ideas won’t kill you, masked or unmasked. It’s the armed, violent attacks that do harm.

I also wish we would try as a society to find less angry, more productive ways to dispose of our pent-up anxiety which is also piling up. Social distancing for safety’s sake a while longer can’t kill us either, at least until medical science learns to exploit the weaknesses in this virus’ behavior. Do it for the children, like singing a couple rounds of Fish and Chips and Vinegar:

Don’t dump your muck in my dustbin,

don’t dump your muck in my dustbin,

I know, the last few paragraphs have been a kind of digression. A highway worker might call them a detour. I see them as an adjustment, as in finally figuring out what I wanted to say, and I’m going to leave all of it strewn about on the page like it emerged from my brain. So please understand, those unkempt neighborhood properties I mentioned are no longer a priority in this article. As for my proposed business venture – poof – up in smoke. I apologize for the mess. I don’t know what I was thinking!

Trash talk is so rapidly becoming an American standard, I’ve decided I will settle for a heap of authentic trash any day of the week before fanning the flames of belligerence in my neighborhood.