Taxicab confessions
True confessions from one of Durango's (only) Uber drivers 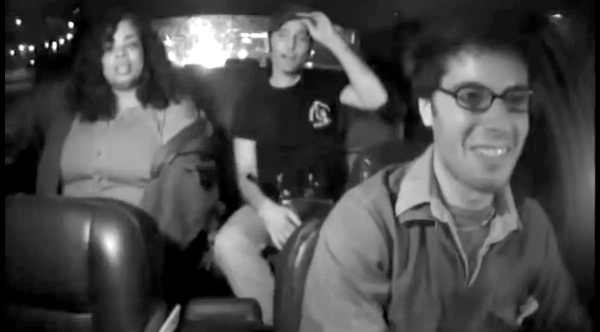 In 2017, I became one of a few individuals who evidently thought the budding rideshare service might be profitable, interesting and a novel way to meet people. Could driving enhance my worldview or understanding of the hidden diversity of the people – locals and visitors alike – who urgently need transportation? The answer was yes.

At least for me, Uber ridership has increased dramatically since 2017 when the airport was a ride-sharing ghost town. Now, people arrive at the airport and expect the service.

Another big category of passengers are the savvy “DUI Avoiders.” One morning, “Heather,” who was visiting a college friend here, said to me, “The destination is approximate; I was a little drunk last night.” We cruised down Third Ave. until – with astonishment – she spotted her car. Finding the car the next morning is clearly better than finding it the night before.

The excitement of being an Uber driver begins with the pinging of Uber’s Drive & Deliver app on the smartphone. The sound is a dopamine delivery device as it signifies money and an uncertain destination with a stranger. Verbal directions and visual maps indicate where to go. After 28 years as a college professor responsible for the “destination” of each class period, it is an odd relief to let someone else be in charge.

About 20 years ago, Baba Ram Dass (formerly Richard Alpert, Harvard Psychology Professor) spoke at Fort Lewis College and confessed that after years of teaching and lecturing, he wanted to become a chauffeur with someone else directing where to go. In 1972, I met Ram Dass in a New Delhi hotel. India was a difficult place to be at that time – any Western person was considered to be “rich.” He suggested I stick to my original plan: Get to Kathmandu and trek in the Himalayas. Which I did – alone for two weeks.

I mentioned this to “Bob” – the Uber passenger version of “The Most Interesting Man in the World” in the back seat – who just returned from his trip to Everest Base Camp and Bhutan. He said, “Yeah, that was your ‘Be Here Now’ moment,” referring to Ram Dass’ first book.

More compelling to me, however, is the surprising variety of Uber passengers. “Caroline” needed to go from campus to the hardware store to “buy flyswatters for a class demonstration on the physics of air flow.” At the airport, I retrieved “Juan,” who appeared a bit disoriented. I asked him if I was driving him home or if he was visiting, and Juan said, “Man, I’m in the wrong f***ing country.” He was immediately on the phone speaking heated Spanish with the travel agent who was supposed to get him to Durango … Mexico. I asked when it occurred to him that something was wrong. He said, “Man, when I got off the plane I said, ‘There’s a lot of white people here!’”

Another rider operates a knife sharpening shop and travels here once a month to sharpen the scalpels of local orthopedic surgeons. He told me, “They get very attached to the handles,” so they prefer to keep the old ones rather than buying new knives.

While passengers vary considerably, some are clearly more eccentric than others. “Jennifer” was waiting at the end of a long, remote driveway, and we were heading to a medical clinic of some type. She was bursting with energy, explaining she is writing a book about “intelligent life.” She recently moved here from Sedona where she discovered that one of her ovaries is missing and her daughter has a “suspicious” foot long handprint on her back. She told me she operated a UFO-oriented bookstore in Sedona, and one of her customers “has an alien in his freezer.” She told me, “She is having someone else’s dreams.”

“How would that work?” I asked her. “Well,” she said, “I don’t know how it works, but these dreams I’m having are not mine.”

I silently reconsidered the dream I had just that week about driverless cars operated by intelligent life and wonder about the source of her dream life.