Tha...tha...that's all folks
Musing on a life – and afterlife – fueled by alkaline and lithium 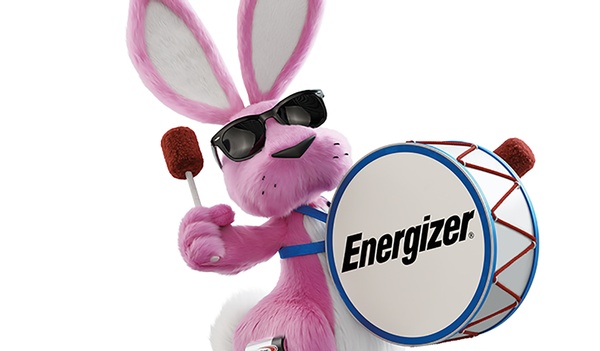 A folk toy dating back to a time before the advent of electricity is still produced and sold. The advertising calls it a hooey stick. Made up of two sticks not much thicker or longer than pencils, the toy’s instructions direct any lucky boy or girl who receives the trinket as a present to rub a row of notches on the first stick with the un-notched second stick, and a propeller mounted to the end of the first stick begins to spin. The trinket is guaranteed by the company to amaze family and friends. And for a little more excitement, once it starts spinning, the child can holler the magic word “Hooey” and the propeller supposedly reverses direction.

Though I never received one as a child, the experience finally arrived in my life 50 years later when I received one from a friend. Usually I open my presents as if I’m trying to defuse a bomb. I never shake the box but hold it out in front of me like a crystal ball, trying to imagine what’s inside. Then I painstakingly undo the wrapping paper, just to increase the drama. Finally, I prepare an exaggerated look of surprise when I reveal the gift, but this time, truth be told, I was dumbfounded by the curious little thing sealed in its pocket of cellophane.

After being coached by the anxious gift-giver, the moment to spin the propeller presented itself. Unfortunately, I got mixed up and instead of scraping the stick I shouted “Hooey.” The propeller didn’t spin. I blew on it and received a few feeble rotations until I remembered the other stick and rubbed it furiously against the notches, thinking earnestness was required. Still nothing. Only then was I rescued by a 7-year-old onlooker who offered age-appropriate advice, that maybe I should try new batteries. Everyone in the room burst into laughter, and the pressure to perform was lifted off my shoulders by the wisdom of a child.

More than a few parents in the days, weeks and months following the holidays will be replacing batteries after locating the secret compartment, either in the side, back or bottom of at least a million devices delivered Christmas Eve. Good luck to them, I say, in keeping the magic alive. An entire industry is depending on our dutiful submission to the manufacturer’s credo: Don’t Forget the Batteries!

If the demand for them existed just for toys, I could be a reasonably cheerful old man. Unfortunately, life has turned into an assault of batteries. My watch, clock, vehicle key fob and computer only work when I feed them volts. The smoke detector beeps when the battery runs low, disturbs my sleep and fabricates an emergency. Just brushing my teeth requires another tube of electricity. Recharge or replace, the mantra of electronics. Though I long for the days of simplicity when things got wound up instead of me, I know who to blame, and it’s me.

I’ve got a serious alkaline addiction. I admit it. A tiny buzz, stimulated by a beep, flash or click of cutting-edge techtronics and my eyes open wide. Just think, once I figure out how my new wireless digital organizer/calculator/contacts/calendar/AM-FM/Sirius radio/portable weather station up runs, I’ll be dependent on lithium – you know, those thin chrome wafers that take up hardly any room in your pocket. I’d wear a patch if some corporation developed one, but seriously, I doubt the Energizer Bunny wants me empowered to remain powerless.

What it comes down to is the vague notion that somehow I am predisposed to embrace the disposable. As a culture, we cultivate what’s quick and easy for the simple reason that deep in our genes is the certain knowledge that our own DNA – double-A or triple-A – is irretrievably running down. There’s a kind of perverse justice in resigning the fate of the entire planet to our own personal fate, a cosmic payback for not allowing us, as human beings, to be born rechargeable.

My wife jokes that if I die and leave her alone, she’ll ask a taxidermist to prepare my corpse, and then invite an electronic expert to install a tiny memory chip linked to an audio device somewhere in my backside that contains all the poetry I’ve written. When friends come over to visit her, she’ll push a button on a remote control and my digitalized voice will start reading a half-dozen random poems.

What my wife doesn’t realize is that it’s not a fear of reciting these poems for what will feel like an eternity that scares me into taking better care of myself. No, it’s the worry that somewhere in the middle of an important phrase or image, especially where emphasis is required, the batteries will quit and I’ll be left standing in the corner with my mouth hanging open, my old friends chuckling at my inability to actually say what I mean.