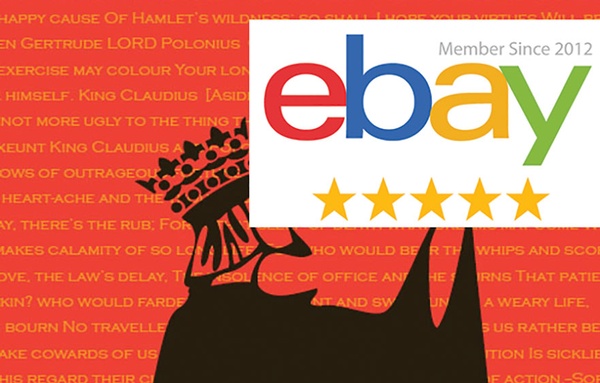 “Only the dead have discovered what they cannot live without.”

A book like “100 Places To Visit Before You Die” defines the genre of what a list challenge is supposed to accomplish, a commercialized reminder that there’s never enough time. Also known as a “bucket list,” the gimmick inspires readers to complete a checklist for a better life. It’s always just one more thing before the final departure grabs you by an earlobe like a surly aunt and leads you to the darkest corner of them all.

In his famous “To be or not to be” soliloquy, Hamlet reminds his early 17th century audience of that “undiscovered country from whose bourn no traveler returns.” This eloquent metaphor might be reenergized for audiences today with an animated pop-up of a tourist on a web browser announcing a special offer to “a country from which no online review has ever been posted.”

With nearly 8 billion people roaming the planet, I seriously doubt a square foot of terra firma remains untrodden. If any undiscovered country remains, it will be measured by square terabytes within the ethersphere, which is why marketers need our help. If we could please post a review for each internet domain that exists, every facet of the intangible universe might be effectively mapped with a one-to-five star rating.

Anyone who has made a reservation, mailed a package, bought gas or ordered a pizza has been badgered by the request to go online and provide some feedback. These invitations abound, like “We’d be thrilled if you would write a TripAdvisor review” or “We truly care about your opinion.” Or, the approach I believe to be the most pernicious, “Like us on Facebook.”

FleaBay takes the rating loop oh-so-seriously, as if any of their open-market sellers would be booted off the sales platform without making feedback their most valued commodity. Once I bought a watch battery from a seller who refused to sell me another until I posted a rating. I tried to leave four stars, feeling a bit irked by his arm-twisting tactic, but FleaBay required details, not just a rating, for less than five stars, as if perfection is the only feedback acceptable. Even the sellers plead with buyers before completing purchase, please please please “contact the seller BEFORE posting anything negative.” Somehow a simple “thank you” is never sufficient.

Of course online businesses want to grow their traffic, and statistical evidence suggests customers are often swayed by posted reviews. Rather than talking to a neighbor, online reviews substitute for an actual conversation.

LinkedIn advocates the importance of reviews to businesses, but it also mentions how a growing number of astute customers justifiably suspect some positive reviews are fake. Research at The Washington Post has determined 61% of electronics reviews are bogus, and CBS News warns viewers that posting a negative review can even get you sued.

Still, when customers criticize sellers for inferior products or poor service, who can resist reading an online rant? At least a one-star rating provides some amusement if you enjoy immersing yourself in online reviews. Often it’s just the awkward wording or an inability to proofread that encourages a reader to smile. It’s also difficult to take some of them seriously, but would the public leave fake one-star ratings?

If doing business is vital for the economy, then why is honesty a commodity that’s nearly impossible to peddle? Trust itself has morphed itself into fabrication, wholly dependent on how much an opinion leans in the direction of the reality you choose to believe. Emily Dickinson defined our human inability to accept a fact in her poem 1263 (she never used titles) published in late 17th-century America:

“Tell all the truth but tell it slant –

Too bright for our infirm Delight

As consumers continue to unquestioningly accept internet postings as fact, businesses persist in unleashing a relentless loop of feedback invitations, seeking only increased traffic and ratings. The internet is a platform that sponsors a dangerous reality, an ambiguity where even choosing the leadership in our country may become the equivalent to buying shoddy merchandise. Of course, fake and misleading postings on social media platforms won’t entirely ruin our shopping experiences, but they have inspired actual fear for the future of our democracy.

Hamlet goes on in his renowned soliloquy to consider his options, but an internet savvy Shakespeare might have revised his character’s words, just a smidgen, to better include a virtual stage steeped in technology.

“Thus a poor review makes cowards of us all

And thus the native hue of resolution

Is sicklied o’er with the pale cast of thought.”

Now that’s what I call an eloquent piece of talking to the wind.