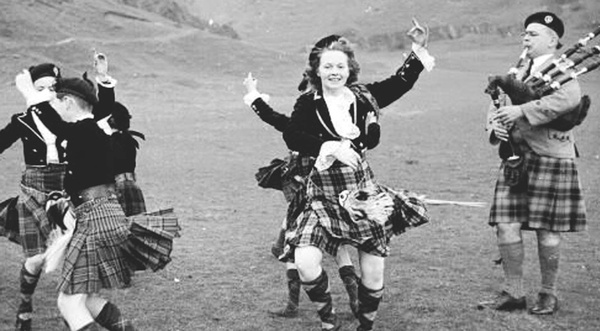 Yes, like countless others with too much time and money on their hands – and at the behest of my mother – I have climbed aboard the genome bandwagon. I plunked down $75 (or rather, she did), corralled my spit into an impossibly tiny test tube, which requires more skill than one would think, and mailed it off to a complete stranger in a saliva sweat shop. And I did it all just to have my dreams of greatness dashed. Turns out, I do not hail from anywhere cool with tropical surf breaks or killer skiing. Nor am I related to anyone rich or famous, other than Genghis Khan, who apparently we are all related to. I am what they call your run-of-the-mill British Isles mutt, with all due respect to the Queen and her good subjects.

Admittedly, I initially was not so keen on handing over the keys to my genetic stuff to Big Brother. My parents, kids and two sisters already took the plunge, or in this case, hawked the loug. My brother, the conspiracy theorist, and I remained the only hold-outs.

“I'm not gonna pay someone to give them my data that they will use for their profit. I try to minimize my online footprint – no Facebook or Twitter or any of that nonsense,” he argued, right before launching into his Comet Pizza tirade. (Apparently conspiracy websites are immune from the “online footprint” rule.)

He had a good point. I mean, who’s to say what they could do with such highly sought-after, sturdy Midwestern stock? Maybe there was some sicko out there looking to make enough clones for a sequel to “Fargo” or possibly corner the market on the world’s flannel supply. Or, a strange genetic mutation could lead to a rogue evil Missy twin, one who makes her bed every day, vacuums under the couch and never swears in front of the children.

Worse case, it could all be part of a sinister plot to gain mind control and get us to bow down to an insane and verbally obtuse overlord from the planet Trumplandia, a gaseous glowing orange ball of hot air and noxious winds.

As horrifying as this all sounded, there was an upside. I recently read about how a DNA database was used to finger a suspect in a long unsolved murder via a third cousin. I figured if my spittle could help stop the next Ted Bundy (which unfortunately, would mean I was related to Ted Bundy) then orange gasbag dictators be damned.

Plus, who knows? Maybe the results would rattle a few skeletons from the family closet – like a woman I know who discovered she had a brother she never knew about. Or conversely, maybe I would find out I’m not really related to some of those relations I tend to quietly unfriend on Facebook. Think of the relief!

But the good news would have to wait – it seems the spit-processing center had a backlog (which is really gross if you think about it.) Finally, though, my tube made it through the sequence-o-meter and the dark, timeless mysteries of the eons, the very cosmic fiber of my being, were revealed with the click of a mouse.

“Your DNA Ancestry results are in!”

OK, anticlimactic to say the least – sort of like skipping to the last page of War and Peace or tuning into a radio station just in time to hear the closing riff of “Stairway to Heaven.”

Which isn’t to say it was all bad. For starters, this whole 55 percent Irish/Scottish business. My maternal grandmother was adopted and little was ever known about her origins. For some reason, we always fancied her German (maybe because she made a kick ass German potato salad), but DNA results blew that theory out of the English Channel. And when I announced to people that I was more than 50 percent Irish, it was as if a light went off.

“That explains a lot,” was typically the first response, which I think is in reference to my predilection for plaid. But I also like to wear clogs, and I hear clog dancing is big over there. And when I was a freshman, I was on my high school golf team, no doubt because of my lineage (and the fact they were desperate for warm bodies.) Oh, and I really used to like U2 – I even saw them once in concert.

Plus, I don’t want to brogue, but my people, they are a hardy people. Potato famines and snake infestations are not for sissies – not to mention wicked sunburns.

And, think of all the possibilities going forward – green beer on St. Patrick’s Day, haggis, corned beef, Scotch whiskey and blarney sandwiches. Kilts without underwear, bagpipes, “Danny Boy” and the weird little black dogs with the short legs are practically my birthright. Maybe I’d even take up the caber toss, or at least throw my golf clubs around the links for old time’s sake.

But perhaps the best part is seeing all my relations the world over. Like these people Sue and Terry, who it turns out really are my parents, as well as all the fourth – sixth cousins I’ll never meet, like “roshar37” and “grybakdow.”

Ironically enough, I guess I will never really know if my brother is my Irish twin. Or if my children are related to me – their DNA tests were a gift from their other grandmother and on a completely different database. But for $75 and a vial of my spit, I bet I can find out.