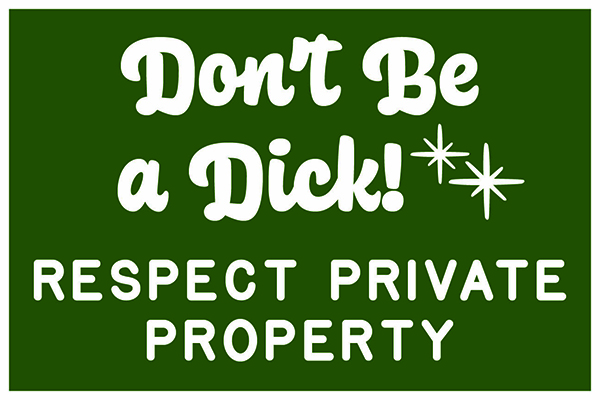 Homeowner’s log, Earth date 2020.02.20, 1200 hours: Once again, I must report the trespasses of my neighbor. Let’s continue to call him Jerry (which is not his real name) in case he surprises me by reading this newspaper, or reading anything at all. In this instance, his trespass is trespassing.

Jerry recently acquired a horse. That in itself is not a crime, so long as he didn’t steal it. I quite like having a horse in the neighborhood. One of the reasons I moved out of our dense urban areas in the first place was the distinct lack of wildlife in city life. Sure, the bears came round for tea with increasing regularity – but I wanted REAL animals for neighbors.

Be careful what you wish for: I got Jerry. And Jerry has decided my front yard is a thoroughfare for his horse.

Being such a tough guy, Jerry started riding his horse through my landscaping when I was not at home. I caught him in the act anyway. First, I saw the hoofprints in the dirt. They led straight to the horse, over there a ways, and Jerry sat atop the horse.

“Jerry,” I hollered, earning points for originality. “Did you just ride through here?”

“Yeah,” he hollered back – points, I suppose, for honesty.

“I don’t want you riding through here again,” I hollered back.

Jerry looked around. “I don’t see no fence,” he said, despite the line of hoof prints leading STRAIGHT THROUGH THE GATEWAY IN THE FENCE.

All kinds of kudos for me. I set my boundaries. I defended my home. I bought a better gate. But judging by the continued hoof prints, Jerry continues not to get the message anytime I am not at home.

Part of me wishes we could sit down with a mediator, Jerry and me and his horse, and talk this through. But I left mediators behind in civilization with the bears. So I turned for help to my next best options: Captains Kirk and Picard.

I grew up without their guidance. In this world, there are Star Wars people, and everyone else. I still pretend to be Han Solo. But I finally, for the sake of my own cultural edification, and also because it’s now available on Netflix, decided to watch that other Star thing. So now I debate which one would better solve the incidents with my neighbor.

Kirk would seek a peaceful solution. He’d want to … understand … my neighbor and … communicate … however possible. Then he would punch Jerry several times, get captured in his dungeon, and escape by seducing his daughter.

Picard would also want a peaceful solution. He would hail Jerry and speak to him on a Zoom call. Then he would send a diverse selection of his ensemble cast to Jerry’s house for some cultural misunderstandings before ultimately resolving the impasse by asking Reading Rainbow to reroute the capacitor conductivity circuits through the inverse warp field motivator.

Neither approach sounds exactly right for me. Jerry is too large for me to punch effectively, and his daughter is not yet of age. Nor do I even have a capacitor conductivity circuit to reroute. But still – I can derive insights from both captains while I forge my own solution: Mean no harm. Communicate clearly and firmly. Seek harmony. Kiss any sexy aliens, or send my first officer to do so.

I’m a writer. All I have, really, is my words. Isn’t that how Starfleet captains, deprived of phasers and starships and story editors, would solve their problems? But Jerry is also a bully who may respond to a more physical presence. So I have resolved to establish peaceful relations with words made manifest: a No Trespassing sign.

But not any ol’ ugly sign. I’m making my own that says it just like James T. or Jean-Luc would have, if they hadn’t had FCC censors. And I won’t make just one. I’ll manufacture dozens of them, and give them to all the other neighbors who contend with Jerry. And since the sign won’t reference him directly by name – if he reads himself into “Don’t be a dick,” that’s on him – I can sell them to everyone who doesn’t want to deal with their own Jerrys anymore. (Taking pre-orders now!)

Then I’ll have moderately more income than I do now, which won’t matter in the long run because we do away with the need for personal wealth long before the 24th century anyway. But in the meantime, I’ll live a more secure, contented and peaceful life. Presuming Jerry’s horse can read.