After selling our 3-acre rural homestead, complete with barn, pond and irrigation water, and moving into a smaller single story house within the city limits, I received an email from a friend: Welcome to the hood.

I’d been living in the country for a long time. My first reaction to her message was a twinge of fear, that we’d inadvertently landed ourselves in the middle of gang turf. The only tattoos I’d become familiar with in my old neighborhood were the stock brands on the animals that grazed next door.

Her use of the word hood, simple slang for its namesake, “neighborhood,” somehow felt out of character for my friend who is by profession, well ... professional. I replied to her email, “Thank you” and promptly plowed this example of my un-hipness under the fertile soil of my imagination.

I bring the incident up again not to belabor the point, but because each spring fresh ideas require as much sunshine as they can absorb. The solar kind, which has nothing to do with political luster or delirium, especially originating from anywhere near the White House. 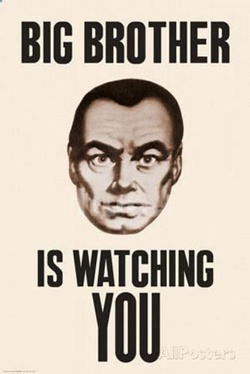 Spring also seems like the right time to bring up some legal matters associated with bureaucracy in general, like the Sunshine Act of 1976, and assorted sunshine laws, which are regulations demanding openness in government or business. They require “meetings, records, votes, deliberations and other official actions be made available for public observation, participation and even inspection.”

And since the media is one of the bulbs a democracy uses to stay illuminated, restricting its access to governmental briefings goes against everything both political parties stand for – that is, if democracy is still what they stand for. Even George W. Bush who did not win any popularity contests, especially during his second term, went public with a credible opinion: “I consider the media to be indispensable to democracy.” Careful G.W.B., you might find your name on a White House blacklist.

My friend’s slangy hello after our real estate move also prompted me to think about one of my favorite reading picks, dystopian novels, a genre of post-apocalyptic drama that tries to grapple with the possibilities inherent in a civilization’s untimely downward spiral and inevitable end. This includes novels like George Orwell’s 1984 or Cormac McCarthy’s The Road. They are, of course, fiction; pure imagination twisted to look into an unwieldy and unpromising future.

Accordingly, these days feel very much like fiction. I do not like the way the story begins, and I fear I will not be charmed by the ending.

A dystopian story typically starts with a pandemic or some other catastrophic event that wipes out a majority of the population. You would think the survivors might band together to support each other, but no – they wreck-create in horrible ways and cause further havoc on the already shaken Earth, looting and hoarding and killing and destroying any fragile semblance of order that remains. The survivors are obsessed with undermining the structure of the very society that nurtured them, one that in all likelihood required generations to put in place.

I know, it’s a rather bleak outlook for a reading recommendation, but I hope you’ll experiment a little outside your comfort zone. Because art, they say, imitates life, and insight often emerges, even when it seems all hope is quashed. Learning about human nature is what reading is about. Some people call it escapism. I call it research. As for living in a harsh world, that’s a storyline I prefer not to speculate about.

Instead, let me offer you a more vibrant reading recommendation. Emily St. John Mandel wrote an apocalyptic masterpiece: Station Eleven. Sure, she decimates a large portion of human life with an epidemic, but that’s how a dystopian sets the stage. What’s remarkable is that out of this disaster she conjures hope in the form of a traveling troupe that journeys around the Great Lakes. The party includes a company of Shakespearian actors and a traveling symphony. They carry imagination like fire to beleaguered hamlets where art and a sense of purpose are needed. Naturally, there’s a man who lives in the shadows with his minions, whose personal obsession is at odds with not only the troupe’s mission but also civilization’s.

Welcome to the hood, friends, and remember mere survival is never sufficient.