The King of love 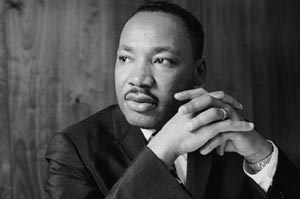 The beginning of this month marked a somber anniversary of one of the most tragic days in the history of our country: 50 years since Martin Luther King Jr. was murdered.

I was still 10 years away from being born into this world when King was killed. The more I learn about King and the Civil Rights movement, the more I understand his importance to the United States, and the world. Who knows what that man could have helped us achieve had he lived?

I could try and tackle that question here, but I don’t feel equipped to do so, nor do I have the space in one mere page. What I think I can do is reflect on The King of Love; how he’s impacted my psyche, my soul, and my philosophies; and most importantly, how he’ll impact my future actions.

For the last year or so I’ve been re-reading King’s autobiography. Despite the fact that I’m an active writer, I’m a lazy reader, or more correctly I’m just not a voracious reader. I wish I was but after a day of work that includes a lot of writing and editing, Netflix usually wins the battle vs. a paperback.

So that’s part of the reason it’s taken me so long to read the book, but it’s already given me plenty to reflect upon. Plus in this Trump era, I feel it’s important to look back at American history.

The purpose of this piece is not the big picture, but rather something smaller, more internal. I guess it all starts with my childhood. Growing up in “The North” in Illinois, King was always presented as a hero, a man whom we should all aspire to be like. His words, “judging someone by the content of their character not the color of their skin,” echo in my mind when I try to recall how King was presented to us in junior high.

In college, I started to read King’s writings more, and only then did I truly understand who he really was, and what his legacy was. I’m still returning to his work and his wisdom, and I think I always will. If I had to pick one hero it would be King.

Part of me wishes that I had faith like he had. I was raised Catholic, but Christianity never quite made sense to me, it never spoke to me. I’ve always had some sense of spirituality though, and I’ve accepted that the big questions are ones that I don’t necessarily have answers to. Even so, I know I can put some faith in King, that we must follow our moral compass and be willing to invest our time and energy into what is morally right.

I am 39 now – the same age King was when he was killed. I’ve always thought of King as a wise old man. But now that I’ve hit 39, I realize that he was in fact young, although his soul was old. I like to think that my important work for the world is just getting started, although if I could accomplish .001 percent of what King did, I would be happy. As a writer, I just want to inspire people, to tell some stories of low times and high times, and maybe even write poetry and prose that delivers some moments of magic and love into someone’s day.

King was an effective organizer who learned from his and others mistakes. He understood the importance of knowing where the votes and support were for his cause. He knew the principles of what our nation was founded upon, even if we still today aren’t living up to them. He knew we could do better, and I think he knew it might take a long time to get to the mountaintop.

With the midterms coming up in November, and Trump seemingly in constant turmoil, it appears the nation might turn the tide again. I have a lot of faith in this younger generation and believe that non-violent revolution can still move mountains. I’ve accepted my small-ness while realizing my morals and convictions align with the majority of this country. King played a major part in shaping America as are today, warts and all.

When one studies the life of Martin Luther King Jr., it’s not hard to see that he knew what his fate was going to be. It’s the tragedy of human existence that we murder the leaders we need the most. Fifty years after his death, his life, words and actions are more relevant than ever.

On that note, I’d like to close this with a passage from his autobiography, speaking of his own hero Mahatma Gandhi: “The man who shot Gandhi only shot him into the hearts of humanity. Just as when Abraham Lincoln was shot, mark you for the same reason Mahatma Gandhi was shot – that is, the attempt to heal the wounds of a divided nation – when Abraham Lincoln was shot, Secretary Stanton stood by and said, ‘Now he belongs to the ages.’ The same thing could be said about Mahatma Gandhi now: He belongs to the ages.”

Luke Mehall is the publisher of The Climbing Zine and the author of American Climber. More of his work can be read at lukemehall.com and climbingzine.com. 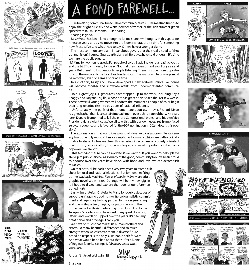