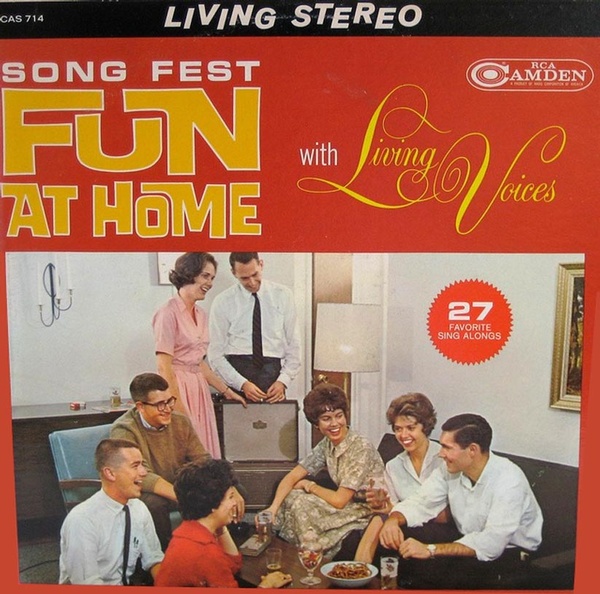 I have lately been pondering what it means to be a man. Manliness and manhood incorporate so many ideas of responsibility and strength, compassion and bodily odor, that it’s difficult to bring a single all-encompassing idea into focus. But I recently came to the conclusion that being a man, more than anything else, means buying records.

This epiphany struck me – entirely coincidentally – when I went to the record swap at the VFW. For weeks, I was anticipating the event not because it would lead me to enlightenment about my own masculinity, but because I was simply anxious to “comb through the stacks” and “hunt for wax”

until I found that one record. The Holy Grail. The rare and elusive album I’ve been searching for my whole life, ever since I got back into vinyl this summer.

I didn’t know what that album was, exactly, but I knew I would know it when I saw it, ya know?

“Get the good stuff before it’s gone!” proclaimed the ads. Hot diggity, I was not going to miss out on meeting my One True Record. So when the big day came this past weekend, I stuffed my cash in my pocket and got there in time to beat the crowds.

But already, the crowds had hit. Twenty, 30, maybe even a dozen people were already “flipping the hi-fis” when I strolled in. So I didn’t deliberate. I hit the nearest table and dug in to my quest.

But here’s the thing with record swaps: the records already have owners, and these fellas like to talk with you. It’s extremely difficult to evaluate whether or not each one of 3,000 records is your vinyl soulmate when the vendor is busy telling you about how these records are from his own personal collection. They’re so hard to part with, he says,
because they’re his prized possessions. He doesn’t really want to part with them at all, as a matter of fact, but he has reasons.

He sizes you up at this point. Which reasons will get your sympathy and your cash? Maybe the wife says he has to sell them. Maybe he’s just running out of room on his record shelves. Maybe he just feels bad hoarding triplicates of Dan Fogelberg’s oeuvre.

It doesn’t matter which story he tells me. I know I am in a position of power. Because if I don’t personally buy all of these records, these vendors must schlep them back to their cars at the end of the day. And I know for a fact how heavy records are, because I have lost friends by having them carry my records on moving day.

So at the negotiating table, which happened to be the same table as the record-selling table, I had the high ground. I could have walked away, hands empty but pockets full. But that would have been a mistake, because there were SO MANY good records to be had! Many for cheaper than a Taco Bell Gordita Supreme, and without the unfortunate diarrhea to boot!

I was not going to miss out on all this great music just because these records weren’t my Holy Grail. So I traded little bits of my cash with the vendor here and there to buy some of his cherished “disco plates.” Three measly dollars hardly dented my stash, no matter how many times I spent it. I feel I must explain my use of “he” and “him” for the vendor. He was, to all appearances, a man. With only the rarest exception, all the vendors were male. And all the men elbowing me out of the way for Loretta Lynn discs were various shades of male. This was a peculiar observation. Why don’t more women attend record swaps and buy records? Does it have something to do with women having more sense than to spend actual money on an outdated and impractical form of recorded music? Is it because one cannot typically wear records on one’s feet? Or is it because – and I don’t intend to generalize here – buying records is something only men do because it makes them manly and so by definition all women are excluded?

I think these questions would require greater thought, if it weren’t so clear that buying records is a distinguishing feature of manhood. I feel good cradling this essential truth in my heart without further critical evaluation. Besides, even though I didn’t find a single record that lit up with angels and strains of Handel’s Messiah, I’ll be too busy sitting at home and “tossing the licorice pizza” to do anything else. At least until next payday.