The next bright idea 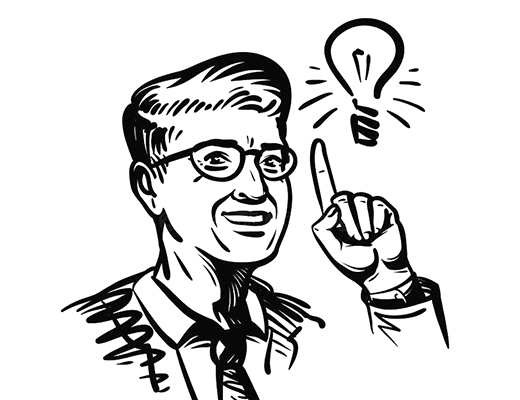 The light fixture in my bathroom blew a bulb. To fully illuminate the mirror it required three. Instead of just replacing the single burned-out bulb and waiting like an audience for the chorus line’s next kick, I splurged and bought 12 LED replacements.

When I opened the box I was disappointed. The bulbs looked like an ordinary carton Large Grade A eggs nested in a cardboard coop, though according to the colorful packaging, these LEDs are the “best” choice for both saving money on utilities and for saving the environment. I changed out the entire row and I didn’t hear a squawk.

This episode took place in 2018. At that time I paid a shocking price for the replacements  until I factored in their advertised average lifespan of 9-22 years. I’d be well into my seventh decade before I’d need to replace another bathroom bulb. By then scientists might have invented a roll of toilet paper that lasts 20 years.

Too soon, however, the hype fizzled. Three months into one bulb’s first birthday, a flicker developed for about five seconds every time I flipped the switch. This continued for weeks (though it felt like months) until the bulb simply gave up. I replaced what must have been a defective product with one of the hallowed eight standbys until a month later (though it felt like a year) a different bathroom bulb quite suddenly went dark. I was down to seven. And because lightbulbs in a chorus line all look the same, and because LED technology burns relatively cool compared to incandescent, I decided to inscribe a tiny indelible “2018” near the base of the last bulb standing. Like a lightbulb, I’d be screwed if I couldn’t remember which one was the sole survivor a decade later.

Fast forward to 2020: I bought my second LED 12-pack. In two years, the price had come down a little, but how time burns. The advertised life expectancy must be ranged like a dog’s life, each human year an equivalent of seven LED years.

I should also mention that my brain has a tendency to run a bit medieval, like in 2007 when the U.S. government phased out incandescent light bulbs I wondered if we might be heading toward another dark age. But an international ban on this older technology did not dim the world’s lights. Quite the opposite. Consumers simply chose an alternative technology for their lighting needs.

The “ban” on incandescent bulbs never made selling them illegal. They still show up in thrift stores, and the dark alleys of black market smuggling hasn’t emerged because selling used lightbulbs for profit is obviously not a bright idea. The change was ushered in with a simple law that required manufacturers to deliver a product that met better energy-use standards, and as any adult living during the transitional period knows, solutions often illuminate new problems.

Halogen bulbs, for example, use 28 percent less energy but burn hotter than comparable incandescents, which not only increases fire risk but also reduces the bulb’s longevity to a year or two.

CFL (fluorescent) bulbs provide a 75 percent energy-use savings and a much longer life, but the inferior quality of light they produce persuaded me to avoid them. I’ve also noticed that hotels and motels use these bulbs almost exclusively, which might be explained because customers aren’t tempted to steal them. Still, the deal-killer for me is a dangerous neurotoxin called mercury, turning their use and disposal into a potential health issue.

The flaws in these alternative technologies explain why LEDs have rapidly dominated the marketplace. Besides being dimmable, directional and suitable for many design applications, shatter-resistant and more affordable, an 85 percent energy-use reduction is what the world needs. As for the accepted belief that each bulb lasts a long time, the jury is still out. To compensate for my disappointment, I’ve adopted a new goal: to outlive my lightbulbs.

Other toxic technologies like coal, oil, auto emissions, pesticides, aerosols, certain plastics used in manufacturing food containers and bottles, chemicals in cosmetics, antiperspirants, dry-cleaning, and nuclear waste need to be legislated out of existence, a legacy that makes living a long life also worthwhile. Meanwhile, I have a few bulbs left in my second box of LED replacements. I’ll surely buy another box before the end of the year.

As you can tell, I admire all forms of illumination. The very word reminds me that medieval scribes spent much of their lives elaborately decorating manuscripts with ink, paint, and gilding the panel with silver and gold. Not many of these masterpieces survived, and those that did are rare museum artifacts, salvaged from history, perhaps by serfs who pilfered them from wealthy estate bookshelves but could not get them to burn as efficiently as wood.