The polite revolution
Using the compliment sandwich to take a bite out of modern rudeness. 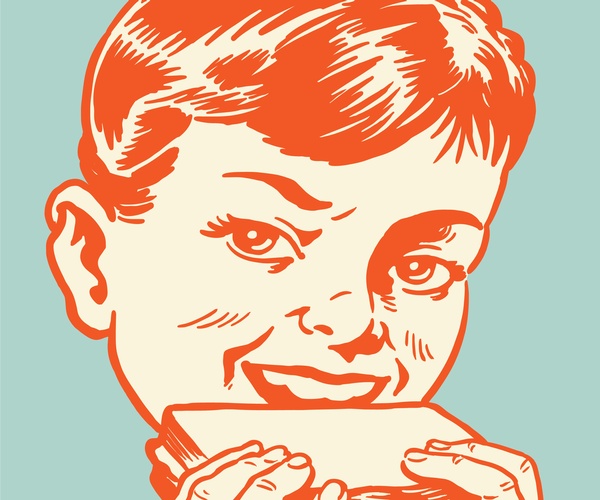 “Attitude is everything. Pick a good one.” – Sign in a New Mexico bar

If a neighbor calls you a nincompoop, you needn’t consult a dictionary. Any word ending in “poop” reeks with meaning. I checked my thesaurus and found 83 synonyms for nincompoop including halfwit, ignoramus and moron. Sadly, Bugs Bunny’s generous addition to the nincompoop list has never been entered in a dictionary. When he declares, “What a maroon!” he means it. Some words just define themselves.

Living in a time when name-calling has turned into a stay-at-home sport, I thought it might be useful to take a closer look at the barrage of nonsense coming out of our collective mouth. Words that smack of kindness and innocent humor make us smile, but the calculated incendiary effects of sneering at public servants by calling them names are being launched like verbal mortars all across the political battlefields. And they are not simply an understandable release of pent-up frustration due to COVID or economics either. They are a reckless attempt to shock and enrage, as if being angry by one’s self without antagonizing others to join in makes for a lonely existence.

This is not how a community should behave.

Francis Crick and James Watson received a Nobel Prize for uncovering the structure of our DNA, cracking its code and transforming our understanding of life, but it takes a scientist to meaningfully apply what our DNA reveals. When it comes to the language, it only takes a dictionary to reveal how easily our words signal the onset of a social disorder. Biology may depend on healthy DNA, but community hinges on how effectively we communicate, or more simply, mind our p’s and q’s.

These strands of discord are reflected in the news. Flight attendants punched by unruly passengers. Death threats recorded as phone messages sent to elected officials, as well as election officials; death threats sent by elected officials to humiliate other elected officials. Social media threads scratched like bathroom graffiti on the stalls of our internet walls. The list goes on but you understand, it’s a devolving story. It looks like a double helix in a funhouse mirror that increasingly wobbles out of control. It’s a three ring circus, arranged so the crowd under the big top can gasp when looking in any direction.

Could it be time for a polite revolution? An uprising that focuses on what we say? It’s an accepted notion that hate and fear are siblings, a comparison not intended to justify but simply to define the emotion that sponsors hate. For me it goes a long way in explaining how a little compassion might be the antidote for this linguistic disease we’ve all been living with. It must, however, be an honest compassion, not just a simpering whimpering with hidden agendas designed to camouflage a malicious intent. People filled with hate are also filled with mistrust and easily register somebody else’s insincerity. Without true empathy those who are angry will likely become even more scared.

Imagine a terrified child, or better, a puppy cowering in a corner during a lightning storm, so afraid he will bite the hand that feeds him if it comes near. Shouting at the poor thing solves nothing.

Friends tell me I can be too critical, so I’m working on a new attitude, one that allows me to experiment with a healthy, more positive relationship in the community. I call it a “compliment sandwich.” I start by noticing something pleasant, and any disapproval I’m harboring fits into the middle. Then, I finish up with another bit of friendliness, which hopefully leaves the person I’m talking to sailing away on an upbeat note.

I almost tried it out for the first time at the grocery store when a shopper stopped in the middle of the cereal aisle, blocking traffic with his cart from either side while he stared blankly at the shelves.

“Excuse me,” I thought of saying, “that’s a fabulous looking watch you’re wearing.”

“Well, thank you,” he might have replied, “It was a present from my wife for my birthday.”

“Good for her. But I’m surprised she married a clown like you who seems to think whatever’s on his mind is more important than noticing these other shoppers around him trying to inch their carts past a stalled, fat-assed contraption in the middle of this sugar-coated paradise.”

“And that classy watchband perfectly complements the color of your shoes!”

I forced myself to only imagine ramming his cart on my way toward the deli, which helped me feel a little better. I know, the idea still needs fine tuning before I try it out, which is why I’m telling you about it, but I think we’d all live more peacefully if we added at least a modicum of politeness and patience into our negotiations with the world.