The power to choose 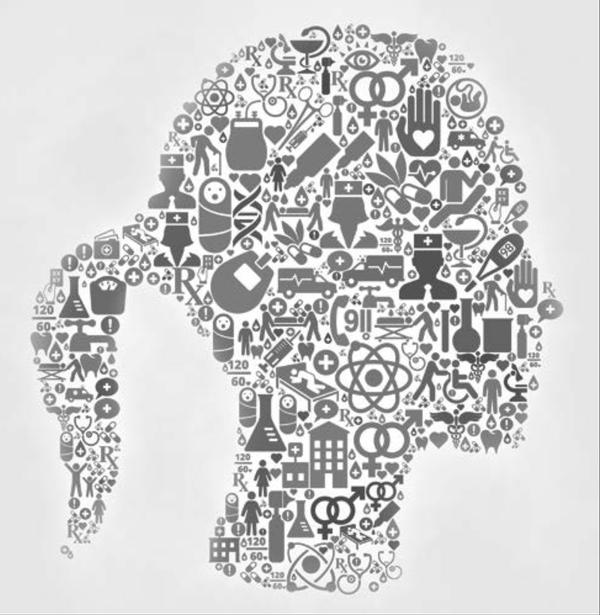 I was a freshman in college when my mom found out I had “popped my cherry.” I wasn’t planning on telling her; not because I didn’t want her to know, but because that’s just the relationship we have. But one day I felt a weird bump “down there,” and because I was still insured under my parents’ plan, I needed to go home to see a gynecologist, which lead my mom to ask me why.

See, in her mind, a woman didn’t need to go see the lady doctor until after she’d had sex.

I don’t think I ever said the word “yes” or “no” when she asked me directly if I had yet, and I most definitely avoided the questions of virginity altogether. Whatever mumbo jumbo I did end up saying, though, convinced her & she made the appointment.

My first visit was uncomfortable to say the least. The woman doing the exam was neither friendly nor informative, and I was left lying on the hard table with sweaty palms and a racing heart. She never did mention the bump; the one thing on my body that was keeping me awake at night and the only thing I’d been thinking about for weeks, so I had to ask. She looked at it for half a second; an ingrown hair. It was, an ingrown hair.

My weeks of terror thinking that I would soon shrivel away by cervical cancer dissipated with a half-second glance and a pat out the door.

The humor of it all didn’t set in until weeks, or maybe years, later – probably about the same time I had to make my next gynecological appointment. This second one was an equally, if not more horrific, experience. Again, I thought there was something wrong with me, and again, the doctor totally side-stepped my concern. This time, though, I was overcharged for the appointment and had to fight off wrongfully given bills for years after.

It’s true that I’m not super ecstatic when it comes to going to the lady doctor. I have flashbacks of having “the talk” with my mom, a brush with death-turned-ingrown-hair and medical bills that fester in me like the common cold. I couldn’t shake the bad feelings, but I also couldn’t not get a check up.

After being on the fence about going back to the OBGYN for a long time, I was finally pushed into action when our country’s current president gave me a small-handed nudge. His administration was threatening to defund Planned Parenthood, and as much as I hated a cold metal scapula, I hated masculine bureaucratic control even more. I made an appointment with Planned Parenthood within that first month of the defund talk, and the first thing I did when I got there was cry.

I cried when I arrived to my appointment specifically because there was a very nice, tall, stalky security guard that greeted me with a huge, warm smile welcoming and escorting me into Planned Parenthood. Then I cried when I sat down inside because the woman who greeted me was so warm and kind.

I did not cry because I’m a female or “hormonal” or because I’m hypersensitive to warm, kind smiles. I cried because when that officer greeted me and the women at the check-in smiled, a felt a sense of relief. I knew these people were there to protect and fight for everyone’s basic right to choose whatever it is they want to do with their lives. I was so grateful for that and for them – and I was proud to be a part of that.

That was three years ago, and recently, I finally had the nerve to go back into Planned Parenthood for my first exam in years. I did so because the nice lady at the front desk let me know of a program called Women’s Wellness Connection offered through the Colorado Department of Public Health and Environment. The program allows women who make under a certain yearly income to receive free overall health screenings.

As always, I was nervous for my exam – sweaty palms, racing heart. The first thing the practitioner did when she walked through the door was smile warmly and ask if I had any questions. She took a moment to listen about anything and everything going on and was kind enough to make a couple jokes to keep me calm. She let me ask all the questions I’ve ever had and answered in intelligent, detailed answers. She performed the exam and explained everything to me, and before I left she took time to answer even more questions. She made me feel more knowledgeable about my own body and more comfortable taking advantage of different options I had to make choices that were right for me. And when I got back to the front desk to check out, I was told that under the WWC program, my exam was free – and for the second time in that office over the past three years, I cried.

There are many things that I am grateful for, but one very big one is that I still have a place I can go where I’m greeted with warm smiles, valuable information and people who are looking out for my well-being. A place where I can feel safe and where I can make the decisions that affect my, and other people’s, entire lives and futures. I feel lucky to still have an organization and other area institutions that support my autonomy over my body. And if that means crying in a waiting room every once in a while, fine by me. Because who can say they’ve never done that anyway? I’m just lucky that they are tears of gratitude and pride, because you never know when everything will change.