The ring of truth 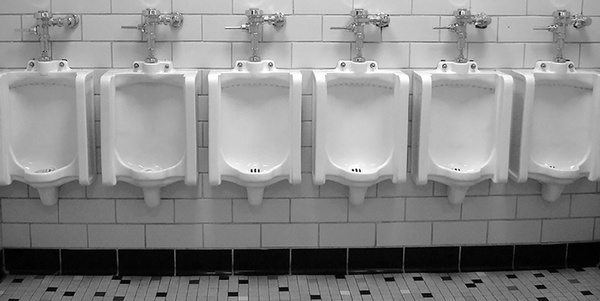 The gemstone glittered like a handheld star, its opal on fire with a radiance pulsing from within. I found a box to fit such a tiny present, and I’d even sliced a piece of foam rubber with my pocket knife to fit the box, so the ring would perch inside it just like a professional jeweler might have had it displayed in the store, all this without a jeweler’s price tag.

Then I sketched my own greeting card with primitive stick figures and crafted a punishingly romantic sentiment to fit under the drawing. I was new to this writing business and our marriage still qualified as being in its formative years, but I am happy to report the tradition of giving a tacky card has persisted now for over 40 Valentine’s days. The year of the ring likely wasn’t our first one. It might have been number two or four. I’m not sure. Let’s just say somewhere during that awkward period of time
when we were both “in love” but still trying to figure out why. I certainly don’t remember what I wrote, but I know the stick figures were naked and doing something slightly obscene, a style received so well the first time I tried it, it too has become a tradition.

Over the years, she saved the cards in a shoebox she hides away, let’s just say in a place I hope no one else ever discovers. And don’t ask her where. She has sworn an oath to me that if I die first, she’ll destroy the whole lot. Should she go first, I will toss them on the pyre even before I nudge her casket in.

One other detail about this early romance I was hesitant to mention at the time: I’d found the ring in a urinal at the high school where I taught English. Some teen-ager, I presume, had broken up with his girlfriend and tossed it there in disgust, a fairly expensive but apparently disposable token of their love. I finished, flushed and lifted it out with a toothpick. I couldn’t believe my luck! And if you can’t go on reading let me add this one detail. Without delay, I threw the toothpick away.

“This is beautiful!” was the first thing she said upon opening the present. “Where ever did you find it?” was the second thing.

I still believe that love should be grounded in honesty, but back then as she slipped the ring onto her finger, a hundred lies lined up in my head like mercenary soldiers, ready to storm love’s citadel. They were simply waiting for orders.

“Would you believe I found it?”

She nodded. I was, after all, the same guy who picks up aluminum cans from the ditch and crushes them for recycling, buys his clothing at thrift stores, has never purchased a new car, and carefully opens packages he receives so as to reuse the original wrapping paper or carton. I’m also the guy who once strapped a three-drawer dresser (missing one drawer) he’d found beside an alley dumpster to the back of his 750cc Kawasaki and hauled it home to Cortez, all the way from Durango. What could be that unusual about finding a ring?

I hoped she’d just accept it as another found thing, one of the mysteries of love. Nobody should have to understand love as if it were a science. There are no proofs, only hypotheses. Every day is a further investigation.

I pictured myself at that moment as a modern-day Chaucer, narrating the urinal’s tale, while we pilgrimaged down a muddy lane. Not a pretty picture. But if the public could see what Valentine’s Day looks like at any public high school, parents would lock their children up. It’s really part farce, part drama, but mostly pure desire mixed with a scrap of disappointment. The secretaries’ office from opening to closing bell is crammed with floral deliveries, cards, candy and stuffed animals, all waiting to be received by anxious and impressionable hearts.

At least one boy at the high school where I worked would not be having a happy Valentine’s Day. His identity and his melancholy story, due to more than sanitary circumstances, have been hidden from me, which is likely what he prefers.

I could have, maybe should have, let the question of “where ever did you find it?” go, buried the entire provenance under a metaphorical bushel basket, moved on toward an immediate and passionate embrace, but I decided to use the same approach which has served me for over four decades: truth.

“OK,” I said, “perhaps there’s something you should know before you get too attached to the ring.”