The road not (yet) taken 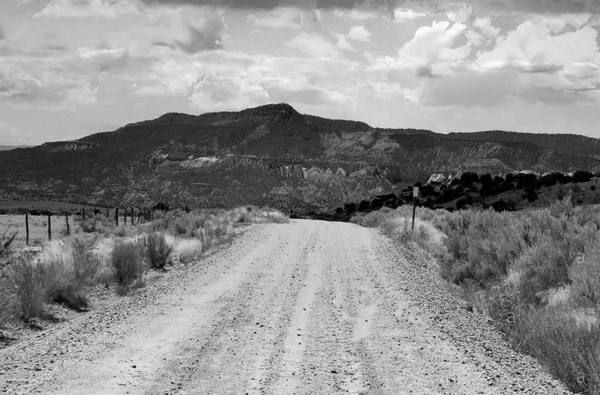 I grew up as a labelmaker kid. Unlike a lot of facts of my childhood, my parents can’t take credit for messing me up with this one. It had nothing to do with their tactics or baggage. This was simply a result of how city life works – even in middling cities with constant identity insecurity, best known for a Bugs Bunny line in a Loony Tunes standard.

Labelmaking is how city kids come to see the world. Walls and fences and streets define who belongs on which side of them. My yard is not your yard, and woe is my wiffle ball that ends up in your rosebushes.

I cannot tell you who I sat next to at any point in elementary school, but I can recreate in vivid if unskilled detail the cartoon pencil that my teacher wrote my name on and taped to the top of my desk so none of the other 34 kids mistook my desk for their desk. She handwrote it because, to be perfectly clear, our school couldn’t afford an actual labelmaker in this labelmaker world. That’s why we Sharpied my name on my pencil box and my binders and certain siblings and my baseball hat. And we kids knew, better than we knew long division, which side of the sidewalk belonged to the third-
grade portables and which to the fourth-grade.

Out here, where I now live, the world seeps into itself. Lines shift with the sand in the wind. A barbed-wire fence runs between my land and the no-man’s on the other side ... except the surveys show that the barbed-wire doesn’t align with the property line at all. Fence posts mean more than GPS, though, and considering that this land wasn’t made for fences, neither one means a whole lot, as evidenced by the neighbor kid who drives his pickup through my front yard.

This labelmaker kid doesn’t know how to cope out here without delineations and borders. But out here, this is the way. When the Spaniards arrived – which, according to the state history book that once had my name Sharpied on the inside cover, was the first step toward civilization in this corner of the world – they imported their feature-based method of parsing out land grants. No fences, no streets, no Sharpies. His land stops at the river, and yours goes all the way to those red rocks over there.

This method makes sense out here, where the land is not pre-gridded or  easily griddable. Google Maps doesn’t even recognize my address. But if you manage to find my hood on satellite view, you’ll still see ghost roads from when some ambitious (and undoubtedly Anglo) developer aspired to build a railroad town, sans railroad, on a topography too wrinkled and stubborn to be waffled. It’s like building downtown Durango in the Canyons of the Ancients.

Most of that white boy’s plans withered. A few houses, mine included, persevered. The street signs are handmade – perhaps by another labelmaker kid who can’t stand to give directions by counting trees. Down my road and around the bend, there’s another sign, this one definitely from a fellow labelmaker: Private Road. No Outlet.

Now “road” is a generous term. I snuck a little ways down it one day at dusk. Two tracks in the dirt have a little less brush than the neighboring dirt, and they once supported tires. This “road” was “built” over washes and ditches using tires and rocks to dam the dust. Who is surprised that the water has persevered longer than the cars?

But to a labelmaker kid, this sign might as well be electrified and armed. One does not simply walk down a private road. No matter how loosely “road” may be defined, “private” is pretty clear.

Out here, though, there ain’t city parks for walking the dog. Lines are fuzzy, to a point; still, I can’t bushwhack through entire swaths of indeterminate ownership. People do own guns out here, and the sheriff is never the first phone call someone makes. Perhaps that’s the Anglo in me talking. Out here, a road – even a private one – is a passageway. I can’t stumble into someone’s yard on a road.

And, the labelmaker kid still inside me points out one very alluring truth: the sign doesn’t say diddly about trespassing. It’s a private road, but every kid knows trespassing is at least somewhat allowed if it’s not expressly forbidden. And even if it is forbidden, it’s not like anyone else is using this road. No tire tracks, no footprints. No houses or handmade street signs. It’s wide open country, at least as far as I can tell.

So I’m going to try walking it openly, brazenly, in full daylight, and see what happens. And in case I really take to it, I’m bringing my Sharpie with me.