The Word of the Day 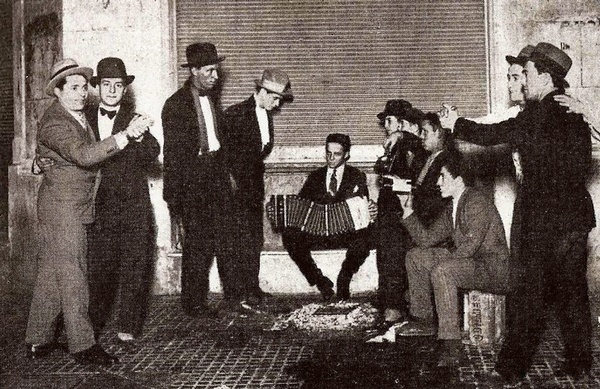 I know many writers –myself, and probably some others too – who never publish about the things they love the most. One might think that these subjects feel too vulnerable to discuss so openly, or that the topics that interest us writers lack general interest in the reading public. One would be wrong. We don’t write about these things we love because the words are confusing.

Here is one example among both examples I can think of right now. On a recent Sunday, I DJed an Argentine tango milonga for the first time. I would love to write about this experience. It involved great personal sacrifice, such as the many hours spent agonizing over which shirt I should wear and making certain I could cancel my Spotify trial before they charged my card. There was even a daring moment of virtuosity when it came time to connect my laptop to the venue’s wifi. Plus, I am always aching to write about tango. I yearn to stitch it into every piece I write, even if that piece is about six ways to onboard new software engineering managers into a high-growth startup.

But I don’t write about tango, and I balk at writing about DJing a milonga, because I would need
to spend half my time explaining what a milonga is, and the other half whether or not to punctuate DJ as a conjugated verb according to AP style.

The word “milonga” is to a tanguero’s vocabulary what “their/there/ they’re” is to all the mothers who communicate using speech-to-text. Once you get other gringos to accept a word that sounds blatantly foreign, you have to decipher its meaning based entirely on context-dependent clues. (Needless to say, we don’t let the word drive anywhere near Tucson or El Paso for fear of it being separated from us.)

For starters, a milonga is an event wherein people dance tango. We don’t call it “a dance” like regular folks do because we tango people possess an elitist sensibility and do not wish our passion to mingle with hoe-downs or clog-fests or any other dancing cult. So we call it a milonga.

Lest you think Argentines lack linguistic diversity, I must tell you that milonga is also a distinct style of dance within tango. It is upbeat and playful, and it means you can say sentences like, “I sat out all three milongas at the milonga because my foot cramped on the front steps of the milonga,” with perfect obfuscation.

And I’m not even getting into what English speakers have done to the word. Basically, we like to take all that is good and rich in the world, and mangle it into our own. See, for instance, Tex-Mex food. We’ve turned “milonga” into a verb, as we do so well, which means you can actually say ... ah, forget it. You get the point.

I put up with these vagaries of lingo because I love this dance – though, I must say, milonga is my least favorite part of the milonga – and I want to talk about it any time I am not dancing it, or watching it, or writing about it in my secret diaries that will be published against my explicit wishes when I’m dead if I’m famous by then. But I cannot ask my readers to invest the time necessary to understand what I mean when I say “milonga.” Even though explaining it each time inflates my word count, I avoid such cheap tactics on principle. Which means, sadly, I don’t write about tango.

It’s probably for the best. I mean, just because I culled through recordings of various qualities from the 1930s and ’40s for just the right set of milongas (the type of dance one) to play at the milonga (the dance event one) doesn’t mean you all want to hear about them. Just because my foot actually did cramp and I really did sit out all the milongas (the type of dance one again) and watched from the doorway of the milonga (the venue one) doesn’t magically turn my tango adventures into stories other people want to hear. But if this does interest you, come find me, and I’ll berate you until you join our cult. Which, in tango terminology, means “welcoming community.” I swear.