A friend recently told me that her new roommates dog pooped all over her bed on the first night at her new rental. She proclaimed it was The Last Thing, referring to the Rule of 3, in that bad things happen in threes. But, soon after the dog incident, her iPhone 2007 flung itself hard enough from her hand that it died. So she had to get a new phone, one with emojis and the ability to discover via Google on a bigger screen that sometimes things happen in fours. Worried-face emoji. 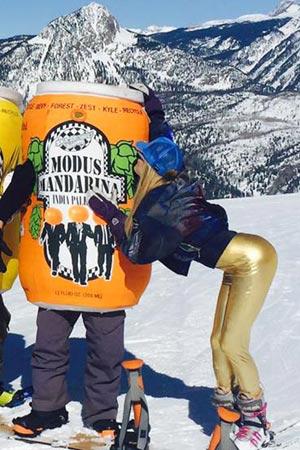 They still happen in threes though, like, all at once in 24 hours. At least that’s how my most recent Three Catastrophes went down. And, guess what, they started with a phone phiasco.

Two Saturday’s ago at my buddy “DeShaun’s” house during his “low-key” birthday party, I was telling a story by the bonfire, pulling my phone out of my pocket for illustration, and - SLIP - it fell from my fingertips into the inferno. On impulse, I reached in, squealing as the flames singed my pinky knuckle. I stood up empty-handed, frowning at the flushed skin, just as DeShaun’s brother swooped his man hands into the blaze and pulled the smoldering device from the clutches of hell. He offered it back to me, his fingertip imprints still smoking on the protective case. Miraculously, my phone worked, kind of. The group celebrated the hero and the moment, and recap commenced.

While we sipped beers, moving onto better stories than my scalded phone, a bottle of Sombra Mezcal found its way to DeShaun, the birthday boy. He took a swig, slugged another nip, and passed the poison onto the next poor soul, before quaffing an extra wee dram or two. Cornhole boards came out as a cool fog settled in, and when the first round was over, someone tossed the bean bags onto the roof, because, why not? DeShaun, stoked on life, decided to retrieve them with a garden rake.

He flipped over a 55-gallon trash can to serve as a stool, crawled on top and started fishing. He couldn’t see his targets, so every strike echoed metal-on-metal sounds into the M. Night Shyamalan mist. He’d swing, hit roof, blindly scrape for the bags, and then lob the tool back up again. I got swept into the moment and decided to hold the trashcan and captain his potshots. One failed swing and - POW - the rake missed the roof and came crashing into my eye socket, blunt end first. There was bleeding, which was quickly stopped, followed by a handy bag of frozen peas. Catastrophe Number Two = Check.

I woke up Sunday with a shiner. My first ever black eye. A dab of arnica, and, despite the universe telling me to stay at home, I was onto the next adventure: costuming for Gaper Day. I zipped into my gold one-piece suit and slipped my shiny purple puffy Snow Dancer jacket on top. After spraying glitter in my hair, I rubbed on some pink makeup and threw a few gold chains around my neck. A glance in the mirror ... damn black eye. My husband walked around the corner and said I looked like a beat-up prostitute. Sunglasses? Perfect. We roll.

As expected, Purg was warm enough to ski comfortably in my Sunday best. We headed up the lift, a cohort of men and I. Decked out in Gaper Day regalia, we skated over to Upper Hades and proceeded to schuss.

I love skiing groomers; one always feels like such a hero, especially in hot pants. I was totally soaking in the luxury of relaxed turns, feeling the wind rush between my golden thighs, when my left ski caught an edge, twisting, and – POP – goes my knee. I know that sound all too well. I’d done this in high school playing basketball; had the ACL repaired, then tore it again in a mountain bike crash. Old hat for this youngish flex machine.

Anyway, I slid in the slush before coming to a halt next to some aspens. Most of my knights had just crested the edge to drop into Lower Hades, except one, who

skied over to me. I told him I’d try to ski down. He helped me up and I took one turn. Nope. My knee buckled. I decided to walk, dropping straight to the ground. It felt like my femur had slipped behind my tibia (it hadn’t). I inhaled the pain and let out a cloud of curse words before asking my buddy for help getting to the side of the hill. He scooped me up, his silver cape flying, my gold pants shooting rays all around.

I called my husband, then rang up Ski Patrol, beyond thankful this happened in-bounds. Within 15 minutes, I was strapped into the sled, schussing down the mountain once again but not to the beach for revelry. Instead, I was taken to the Ski Patrol office for the worst kind of recap: paperwork.

Patroller Sarah gave me a supportive smile and said, “I’m glad you didn’t wreck your pants.” She clearly knew my priorities for the day. I loved her for it.

But even the pants had lost their sheen with the injury. We headed home and I put the busted knee and some Jameson on ice and sank into a shallow pit of despair. I didn’t want to stay there for long because I knew it was just a busted knee. Very low on the RTS (Reasons to Sulk) scale.

Word travelled fast. In a couple of hours, birthday-boy DeShaun stopped by.

“Bummer, dude,” he said, like when Carey Grant discovered Deborah Kerr unable to walk in “An Affair to Remember.” “Did you hit your eye when you fell?”

Bless his heart, he didn’t remember he’d smashed me in the face with a rake. Thanks, Sombra.

On Monday, I crutched into the phone store with a black eye and wrecked Droid. The narrative looked grim, but little did anyone know that there were actually three isolated events represented, each rich in detail and lessons learned. My plan offered an up-grade, so I traded in the old model for the latest and greatest, and, glory be, it came with newfound emojis.

If only knees were that easy. Turns out I tore my ACL, LCL, and meniscus, another beautiful triad. Surgery’s scheduled for April 17. The PA asked if there was “any risk of pregnancy.” I paused, considering the Rule of 4, and shrugged yes. But, in my heart, I knew that I was good for the time being. Cheers emoji!