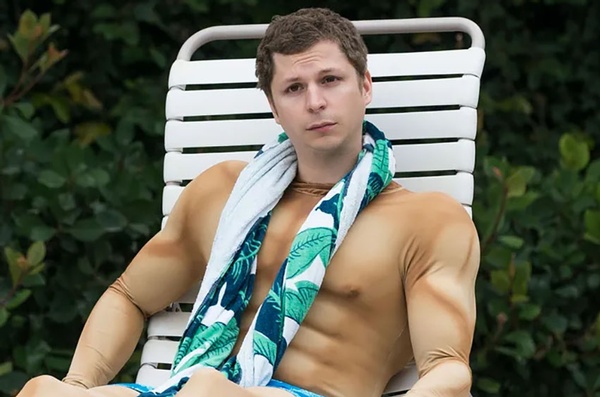 I am not a superficial person. Sure, I write about myself in the newspaper on a regular basis, and you might reasonably suspect that I cast myself in the best possible light. I have standards, though. And objectivity. And ethics. The sorts of things they teach in newspaper school, which I did not attend. If I come across like a really swell guy, it’s because I AM a really swell guy. It’s not vanity; I’m just reporting the facts.
And the fact is, all those times I’ve tried to exercise over the past few years and wound up writing about it in the newspaper because my personal fitness is objectively interesting? I did it not to look better, like a vain person would do. I did it to become a better person: more capable in a crisis, a less likely burden on our health care system, free to eat anything in the name of “recovery” and absolutely irresistible to other humans of legal age.
Frankly, it hasn’t worked. I eat anything all the time anyway, and while this could be my aversion to traditional employment talking, I haven’t consummated a single workplace romance since Gnarls Barkley was in the charts for “Crazy.” And that’s perhaps the best place to consummate romance – “Crazy,” yes, but also workplaces are one of the only two places I see actual people who actually see me back.
The other place, as it is for most people, is dancing the tango. This is a real thing that still happens despite the risk of breathing on someone. I used to think tango was another way to better myself, as it is potentially a form of exercise.
Then I went to California, despite most definitely getting breathed on inside an airplane. I attended the Argentine Tango USA championships there. Many of the best dancers in the country competed this year, and also me. If I learned one thing from sharing a dance floor with these masters of the craft, spending a weekend in the same airport-adjacent Doubletree as them, and making smooth chitchat in the elevator with them, it was that the only good reason to exercise is looking damn fine at the hotel pool.
The way I see it, these people train 8-16 hours a day, often since prepubescence, to reach that elite level of nonchalance when chilling at the pool in bikinis and vaguely South American swim trunks. These bodies are not requirements for tango. Some men, for instance, utilize their staunch paunches to facilitate pivoting their partners. Yet, while many elegant, world-class dancers lack these bods, here these people were – chiseled monuments to a life of aesthetic pursuits, artists who have perhaps never held a day job to distract them from looking goooooood.
So what if I started my tango journey 20 years later in life than some of these washboarded folks? There is no practical reason that I will listen to that I, nearing 40, cannot look like a 30-year-old professional dancer. Doing so requires simply that I give up on becoming a contributing member of human society and focus, entirely and completely, on myself.
This is still not vanity. Beauty is an art. Was Monet vain for dedicating himself to his paintings? Is Tina Fey vain for dedicating herself to being both funny and relevant? We writers are not a notoriously hunky bunch. But why shouldn’t we be? More relevantly, why shouldn’t I be? A well-crafted sentence is as tangible and admirable as a well-toned bicep, or abdominal, or whatever, you know?
There’s no way that physical beauty is a mere byproduct of dedicating one’s life to one’s art. If so, I’d have at least an inkling of a tango pool bod after training for the national championship for four months. So it’s time I give up many of my Greater Pursuits, such as personal enrichment and studying the tango and an income, to dedicate myself to sculpting my body for the betterment of myself.
The trick, I believe apropos of nothing, is to start slow. Get a good night’s rest, then initiate the new training protocol with a light set of some quad-sculpting exercise or other. Rushing into things could lead to injury, which leads to medical bills, which leads to a lifetime of paying off debt by doing office work. And that’s not what any true artist wants. Especially not me. Jobs mean asking for time off, which means I might not get my PTO approved for next year’s championship, which means I won’t be able to compare my physical progress and prowess against the best of the best, which means I’ll never know if all my office suitors really like me for my bod or if it’s just for who I am as a person. Blech. 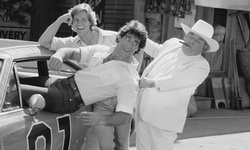 Hiding out and doing manly things when wanted by the law

Desperate times
Phew, that was close
Round two for freedom
Back to the grind
Gracious bow-out
The plot of all plots
Read All in Soap Box