Un-presidented behavior
Yes, we are living in an idiocracy – and here's the proof 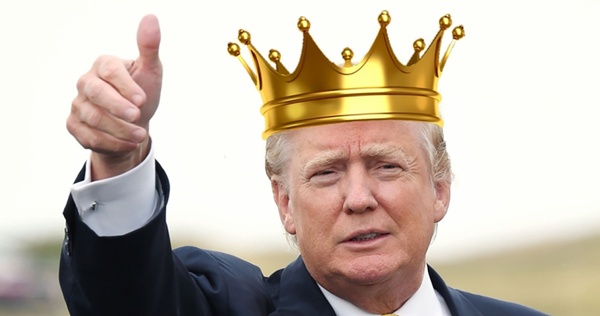 “Karhide is not a nation but a family quarrel.”

A group of politically fueled friends consuming a few beers at a local brewery engaged in a spirited debate about whether we Americans live in a true democracy. They went back and forth asserting their positions, arguing how terminology makes all the difference. Qualifiers like “direct” and “representative,” and “constitutional” were added to the word “democracy,” then batted back and forth like ping-pong balls. The idea of a republic briefly surfaced only to be grabbed by the political bad boys of socialism, aristocracy, oligarchy, dictatorship and tyranny, then challenged to a table-side arm wrestling match.

I politely listened but stayed out of it. Instead, while the fray frazzled, I googled the word freedom. I hoped that whatever form of government emerged as the most likely culprit for defining us as Americans, it would have to include this concept, and I wanted to be better prepared for what freedom really means without simply launching into a refrain of Kris Kristofferson’s “Me and Bobby McGee.”

Unfortunately, my research proved unsatisfying. But if I’d spoken up, I would’ve defended a word that hadn’t yet surfaced, the notion that we are living in a idiocracy.

An online dictionary defines such a form of government as one “...that is based upon abstract theory,” but I much prefer the dictionary’s alternative usage: a government ruled by idiots.

For the sake of clarification, I’ve constructed the following addendum for quick reference. It is not intended as a guide for living in an idiocracy, but more like a list of symptoms to help readers recognize how seriously the ideals we once held as necessary to form a more perfect union have deteriorated.

You see, in an idiocracy...

...some citizens vote, but nearly half of them remain silent.

...outspoken voters in favor of ousting the ruling party are discouraged, simply by judging them to be ineligible. Outright chicanery and bureaucratic red tape surface to obstruct an election if any of those citizens actually show up to cast their ballots.

...entire districts are gerrymandered to lean heavily toward an outcome that favors one party, race or class.

...foreign governments are invited to influence the election outcome, which is only a step away from having the foreigners themselves participate as members of the cabinet.

...aspiring public office holders launch political campaigns that require enormous influxes of cash if a candidate can ever hope to be elected.

...the concept of “one dollar, one vote” converts too easily into successful election mathematics, legitimatizing a system of cashflow politics.

...criticism of the ruling class prompts government reprisals, starting with name-calling, then morphing into outright lies – language designed to ridicule and dehumanize – which can swiftly transform into policy, resulting in orders that mandate detention and/or deportation.

...injustice defends itself with a rousing refrain from its sweet anthem: “America: Love it or leave it.”

...when citizens ask their government to take action, such as trying to enact laws that will reduce gun violence, they are reprimanded for having a partisan view of the problem and answered with a barrage of loaded questions.

...freedom of the “fake” press is revered as an “optional” Constitutional amendment, chiefly when the press reports on investigations critical of the ruling party.

...transparency of governmental actions is tossed out the window, and then the windows are replaced with brick.

...nostalgia substitutes for science, and a fact can be substituted for that other four-letter word in a political argument.

...statistics – which are nothing more than numerical facts – contain an elasticity, and they can be stretched like bungee cords, anchoring one’s jumping off position when talking politics.

...social media platforms once valued for the contact they provide between friends and family become blunt instruments for generating advertising revenue and manipulating the masses.

...the state of one’s health depends entirely on the system’s fiscal prognosis, and until the insurance providers are offered enough money, the patient will have to be patient.

...the climate is understood to be how comfortable the board room is during a meeting, and climate change is nothing more than some unauthorized person fiddling with the thermostat.

...regulations for the safety of citizens are either legislated and not enforced, or they are deemed “unreasonable burdens” by those who benefit from ignoring them.

Meanwhile, back at the bar the alcohol keeps coming and the political discussion boils down to a sporting event, the side that’s ahead versus the one that’s trying to make a comeback. The future leans back in his chair, bored with the banter and beer. He suspects it doesn’t matter what anyone decides to call any system of government. It will be known by its compassion or its terror, by its ability to accept responsibility for its failures or to shift that blame by lying and covering them up. Like the sun, a system of government will predictably rise and then set, but it will inevitably earn its reputation.

In an idiocracy one thing is certain: it’s the idiot who thinks he’s king. 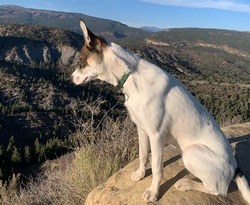 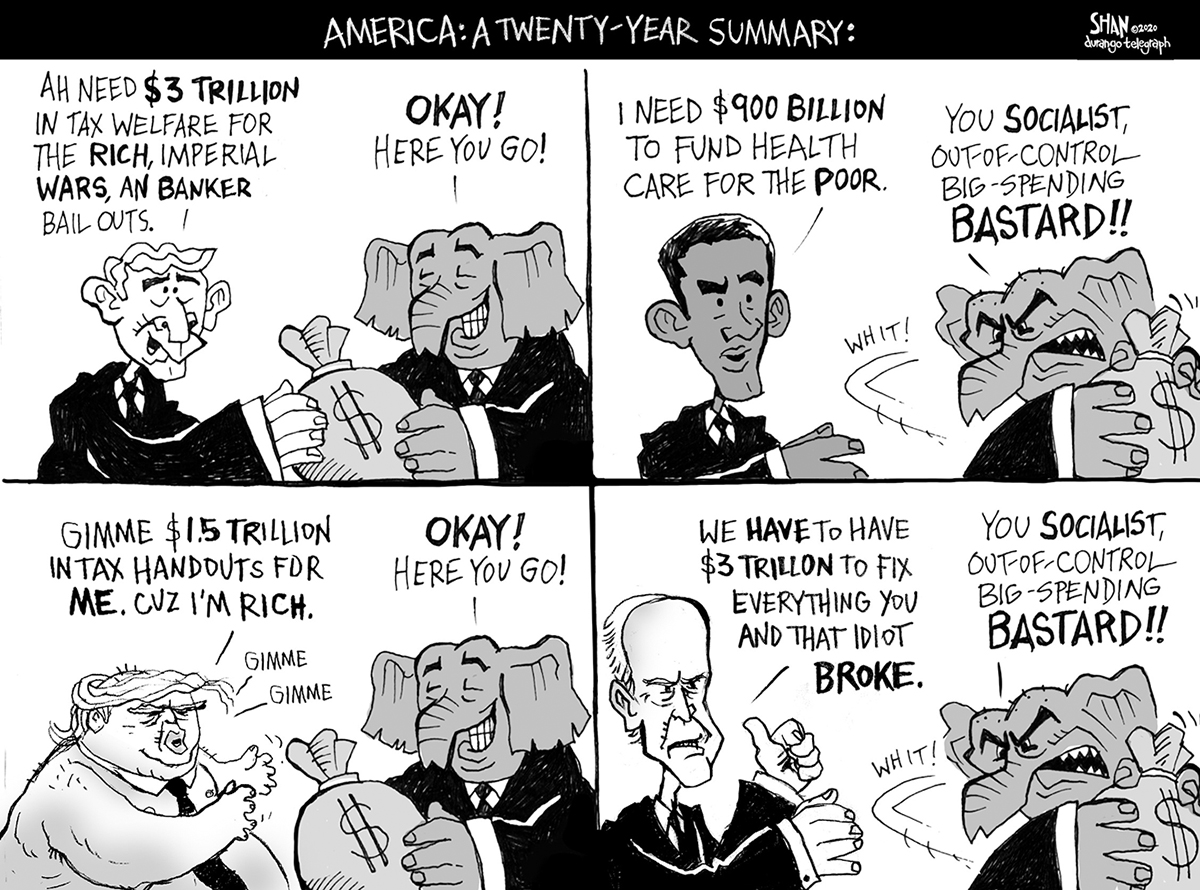 Best of luck to new commissioners
Thugs can't crush will of the people
Thanks for the memories
Make more than Mondays meatless
Aren't free shots, tests 'socialism?'
Pedestrians should cross with care
Read All in Soap Box