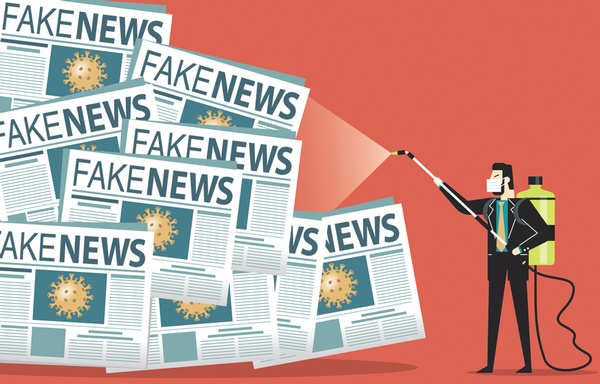 Serendipitous tacos from heaven showed up at my door a few days ago. JC down at Nayarit thought I had a “bad experience on Cinco De Mayo,” according to the man who knocked – silhouetted by a halo of sun, wearing a black shirt and brilliant smile, holding up three bulging bags of tacos – which couldn’t be further from the truth. I ordered take out on May 5, true, but the service was quick and the food was perfect, like always. But I didn’t argue because free tacos don’t just happen. Instead, I grabbed the bags and ran inside to feast. A while later, I got a free box of cupcakes from the Yellow Carrot for who-knows-why, and right now, I’m typing this over a bellyful of free rolls from Homeslice because I ordered jalapen?os on my pizza but got banana peppers instead. What is happening?

Why are Durango restaurants supporting me instead of vice versa? Why is this town so pleasant despite that pesky pandemic? Honestly, why is the rest of the world imploding, from Germany to Farmington, and yet here we sit, lucky and dandy in this bonny little bubble?

Is it because we’re all just so cool and smart?

I know that sounds like the elitist arrogance that makes rednecks rage and stomp the gas pedal, billowing black smoke out of their bro-dozers, but it’s true. Most people I meet here are kind and respectful, slightly left of center, like the majority of Americans. Truthfully, I love this town. Or rather, I love the type of people here, willing to respect others and wear a mask despite how they might feel deep down about it. One of “us.”

But I’ve met plenty of “them,” as well. If you’re a regular reader, you know I’m a drug dealer. As such, I get to meet a lot of “them.” I usually keep these stories to myself because snitches get stitches, but I’m gunna break that rule for rhetorical purposes:

A guy came in two days ago, driving one of those windowless white vans that shouldn’t be trusted, and told me about how he and his cat had been to 27 states just to avoid Gretchen Whitmore, the governor of Michigan, even though he was born and raised in Lansing. His “contact” on YouTube told him that COVID-19 was a common cold, and all the hubbub was a conspiracy to get Americans barricaded in their homes so the commies could enact the “new-world order.” He was looking for the perfect place to live away from society; I reminded him that Texas has lots of open space. He laughed and changed the subject to chemtrails. I said, “yeah, that’s crazy” in my customer service voice, and then after he left, I washed my hands like a surgeon.

And then there’s the lady who told me COVID-19 was “god’s cleansing for evil folk.” She was “righteous,” so she didn’t have to worry or wear a mask. Hell, just today, I made it halfway through a transaction with a lady before she ruined it by telling me Bill Gates was behind this pandemic because he wants to sneak tracking chips into our vaccines. Honest to goodness, an actual grownup said that to me, and I’m still wondering if there’s a hotline I should’ve called to report her license plate. But then again, it was from Texas, so she’ll get hers when that guy and his cat show up.

And I’ve met plenty of extremists from all side of the political spectrum – those who tell me fluoride is brain-control juice or that vaccines cause autism. It took me a while to figure it out, but I’ve discovered the line separating “us” from “them” isn’t the line between Democrat and Republican. Right or left, red or blue, we all want the same fundamental things, and our differences lie only in how to achieve them.

The real problem is that right now, we can’t agree on what’s real and what’s fake. According to Business Insider, 40 percent of Republicans believe Bill Gates truly is trying to put tracking devices in COVID-19 vaccines. I’m not sorry to say, but if you’re part of that 40 percent, you’re also 100 percent part of the problem. A peer-reviewed study by Lantian et al. (2007) found that people with personality traits such as “distrust, low agreeability and Machiavellianism” are more likely to believe conspiracy theories. In case you need a refresher, Machiavellianism is where a person is so “focused on their own interests they will manipulate, deceive and exploit others to achieve their goals.”

So, to start fixing things, step one is to call out the lies, because not calling them out is nothing more than complicity. Granted, I won’t do this at work because they pay me not to, but on the street? If you tell me Bill Gates is trying to sneak tracking chips in our vaccines, I’ll remind you he already put one in your phone – you know, the one you take everywhere.

In fact, on Facebook, I re-followed all the Republican friends I’d unfollowed after the election. I still find their posts to be just as vitriolic and galling as before, but now, Facebook has given me a new tool. If you click those three dots next to a “news” story reposted by a friend, you can report it as “false news,” and your friend will be notified if their post turns out to be false after being fact-checked. It’s glorious.

For one of the friends I reconnected with, Amanda, every right-wing conspiracy is gospel. Bill Gates is the devil, and Trump is the savior; all of her posts are in ALL-CAPS. She posts a lot of YouTube “news,” and I reported one of her posts as fake; it had something to do with the WHO and mind control. A few hours later, the post was covered up by a warning that said, “False Information. Checked by independent fact-checkers.” Amanda freaked out and posted, “NOW THE COMMIES ARE CENSORING US!!!”

Do you see it? She has drifted so far toward Machiavellianism that it feels oppressive to be told when she’s spreading lies.

I have friends on the other side as well: when someone named Jennifer posted an article proving that autism is caused by vaccines because 100 percent of people with autism are related to someone who’s had a shot, I reported that post and it got covered up, too. Right isn’t the problem; left isn’t the problem: lies, distrust, hatred, these are the ways to the dark side.

But we’re not like that in Durango, right? We’re cool and smart, and we’re lucky enough to live in an educated town where cupcakes and tacos fall into your lap. So maybe you can help me. Maybe you can reconnect with all the “crazy” friends with opposing views you left behind after the last election or conspiracy theory they posted. Maybe we can start calling out lies together, left or right, so true things start being true again. Let’s make the line between us and them a line in the sand, and let’s not allow fake news to spread, even if it supports something we believe. Let’s make known the difference between us, and them.