When life is a bitter pill 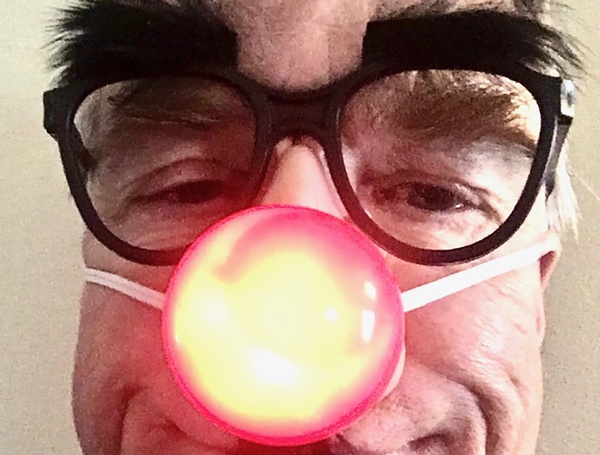 Most readers are familiar with the phrase tour de force, which identifies a feat displaying great strength, skill or ingenuity. A tour de farce, however, is quite different, referring to an empty or patently ridiculous proceeding, act, or situation that prompts a person to smile, hopefully later even to laugh after the individual safely survives its circumstances.

So conjure up this dilemma: Returning home from a camping trip, I failed to use sufficient force to properly seat the ball mount into the hitch coupler on our little Scamp trailer. Thirty miles down the road, at highway speed, a bump disengaged the trailer from the vehicle. If not for the attached safety chains, it would have careened off the road into a ditch like a produce wagon full of watermelons. Instead, the tongue dropped and hung by its chains slightly above the pavement, glancing off the road surface, igniting a trail of sparks. Let’s just say the entire incident scared the hell out of me!

Absurdity pops up in everyone’s life like a jack-in-the-box, but if I’m distracted – especially in matters of the heart – I forget to pay attention. Adults blame youthful inexperience for foolish behavior, while young people think slipping along the gradual slope toward Medicare explains it all. In the end, life only offers a tour, be it forced or farced, a teeter-tooter where the “whee” is followed by a sudden impact, when the laughter unexpectedly climbs off.

Recently I lived on the road while my best friend underwent a laborious series of medical procedures to save her life. Nothing about the experience leaned toward farce, except for briefly thinking we’d overpacked for a five-day stay. It ended up being five weeks before we managed to return home. Hospitals co-opted our existence, along with a near-lethal dose of worry every day about how things might work out. I learned more about illness and treatment than any person needs to know, but now as I glance in the rearview mirror, I can appreciate how the occasional farce ultimately sustained us.

One long afternoon while she occupied the bathroom, I stretched out on my best friend’s hospital bed to experience what she claimed might be a first organic animated mattress. It wiggled and sagged and adjusted itself continuously while I occupied the bed. As I settled in, a cicada-like buzzing came to life and my right hip started rising without me having to flex a muscle. It rose in such an awkward way that I feared it might toss me out of bed and to the floor.

Over my head, where spiritual help allegedly resides, a single ceiling tile shouted in bold letters, CALL, DON’T FALL, but I misread the message, thinking it said CRAWL, DON’T FALL. Color, text size and positioning directly above the bed made it impossible for the patient to claim she hadn’t noticed the directive. Even with my eyes closed, the words seared themselves like a branding iron into my memory.

To complement the effectiveness of this three-word commandment, an alarm installed on the bed could not be turned off by anyone except a nurse who knew the secret passcode. If a patient absentmindedly stood up, the bed erupted into such an audible commotion a visitor might think a fire alarm had just been pulled, so when she returned from the bathroom, we repeated with the stealth of Indiana Jones in the Temple of Doom her carefully choreographed simultaneous exchange of positions, and I crawled off the bed toward the safety of a nearby chair.

People normally receive their nutritional supplements from fruits and vegetables, but while in hospital her surgeon prescribed enormous, nasty-tasting pills, one of which burned a meteoric path down her throat and esophagus, swelling her face and throat. She complained, but he insisted. “Couldn’t I just eat bananas for my potassium?” she asked. The surgeon replied, “You’d have to eat a thousand bananas to equal what’s in one of those pills.” Eventually she said no, she wasn’t taking the pills, and the only thing she would miss was the swelling. The surgeon looked puzzled until she added that they made her face swell so much her wrinkles disappeared, and then he burst out into a hearty laugh, the kind of laugh only a heart surgeon can appreciate.

I could go into more escapades about how she managed to turn the collapsible barf bag into a waterproof sleeve to cover her fresh stitches before taking a shower, or how her midline port for IV transfusions, which stayed stubbornly in place for nearly a month, simply fell out of her arm on the day of her discharge. Everything about this woman’s sense of humor in the face of a potential disaster might keep a reader smiling, but you’d have to have been there to appreciate the “whee” of it all.