Why is this man smiling?
Quakers offer a lesson in learning to live in quiet comfortably 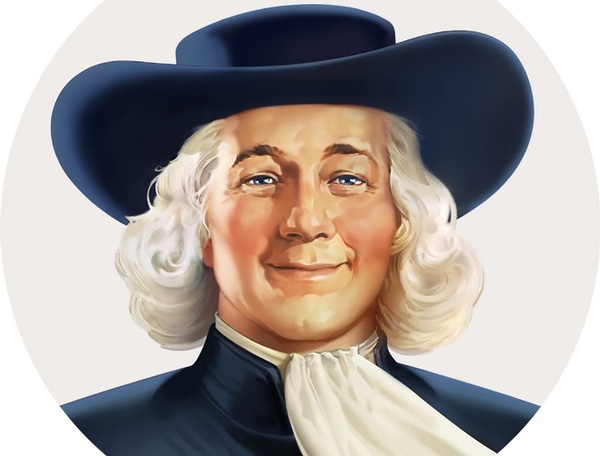 Sitting in my office one morning, I noticed how quiet everything around me had become. No refrigerator humming an electric tune from the kitchen, no furnace vent straining air from beneath the floor, no sirens, no traffic outside my house. Not even the creak of my chair, for I occupied it like a monk in a rare moment of meditation.

My only clue to its whereabouts arrived as a memory from long ago while I sat for worship on a bench beside my best traveling companion Pam at a local meeting house in Cambridge, U.K. It was my first visit with the Religious Society of Friends. Raised Catholic, I’d never experienced this kind of tranquility during a meeting for worship. As a 10-year-old altar boy who served in our neighborhood church, I paid close attention to my duties: when I was required to carry cruets to the altar and pour water over the priest’s fingers before he administered communion; and when to tinkle the bell, stand up, kneel down, join in the chorus of hymn and prayer. Between it all, I tried to figure out why that old woman in the front pew kept staring at me. One of my earliest vocations, but hardly tranquil.

Do we accept that light pollution eventually blinds us to the heavens? Or that poor air quality in our cities – and increasingly in our suburbs – takes our breath away? Some of us do. But noise is a subtle sense, because we don’t often perceive how much it is with us. It’s a persistent presence we learn to both tolerate and ignore. And every sound can become a noise once it reaches a decibel that screams for our attention. Only then do we stand up and insist things quiet down. As any parent knows, sometimes it doesn’t take much commotion to wake a baby.

And the baby at his desk this time was me, but in my case what I didn’t hear woke me, much as it did while sitting for worship in that meeting house. The five traditional senses – taste, touch, smell, hearing and sight – filter our awareness of the world, but a sixth sense exists, and I’m not talking about a Bruce Willis movie. I mean spirituality, or that quality of being concerned with the human spirit or soul as opposed to material or physical things.

As a kid spooked by random sounds in the dark, I was inclined to think a Quaker’s reaction had to be even more timid than my own. “The Legend of Sleepy Hollow” shaped my idea of how one might appear, and I pictured a skinny Ichabod Crane character who trembled (or quaked) at the sound of an owl hooting or a rusty hinge creaking. Certainly not the stalwart portrait on the oatmeal cereal box, often mistaken for William Penn. Instead, that image turns out to be just an artist’s rendering of some disembodied soul outfitted like a trick-or-treater in a predictably old-fashioned costume. I even discovered that the word “Quaker” emerged in the 17th century as a verbal weapon for religious ridicule and persecution. Who would have guessed one day I’d sit down in a room full of real Quakers?

I’ve since concluded that worship or celebration doesn’t have to be about pageant and ritual. And to sit in the silence like a Quaker does not require a church, or a room full of uncomfortable benches, or even a congregation. My desk works fine, especially when I’m searching for the right words to shape these sentences, paragraphs and pages, which arrange themselves like stepping stones in my imagination. It’s easy to get lost in the act of writing, as if wandering along a river where sunlight filtered by the overhanging trees flicker like candles.

Sacrilegious as it sounds, I also worship good writers, like Norman Maclean, who at 74 years old managed to pull his prize specimen out of that river, having sat in silence for much of his life, learning to listen to what it whispered about his brother’s violent death and the tragedy it revealed. His novella, A River Runs Through It, is lean and powerfully muscled like a trout, but still deeply spiritual.

Don’t get me wrong. I’ve not set out to ridicule any religion, because for me, eventually, all religions merge into one, and a writer scribbles through it. The churches were cut by the world’s great flood and shaped into whorls from the first pages of time. On some of these letters are timeless ideas. Under the letters are the words, and some of the words aren’t mine.

I am haunted by Quakers.