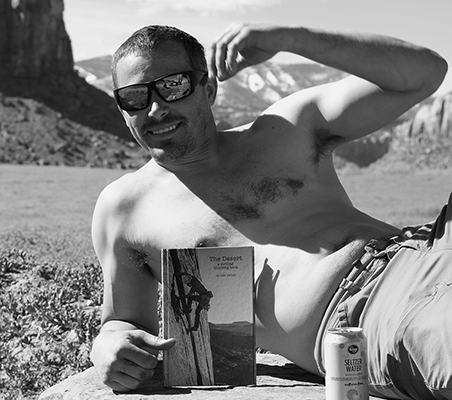 A few weeks ago I did something I’d never done in my life: I read an entire book in a day. It was the day after my second dose of the COVID vaccine, and I was couch bound.

Even though I’m a writer, editor, and publisher, I don’t read for pleasure as much as I would like. At the end of a long day staring at words, my default is usually a movie or a show.

Books are the best though, I know that. There’s just something so magical and mysterious about a good book; its unexplainable. The Stranger in the Woods by Michael Finkel was the title I consumed during my vaccine-induced couch day. It’s about Christopher Knight, the infamous North Pond Hermit, who lived in isolation in Maine for 27 years.

Though I am a very slow reader, this book was a page turner, as the author told the impressive but dark tale of a man who could be considered both an expert survivalist and a longtime criminal. (Though he did survive in the woods for 27 years without human contact, he stole virtually everything he used and consumed from a nearby village.)

It had been so long since I’d been completely immersed in a book, I’d almost forgotten the joy and meditation of that feeling; a feeling that originally led me to my life’s work of words and stories.

Does anyone remember a decade or so ago when the Kindle came along and people thought it might kill the printed book and bookstores? That was right around when I started writing books. When I released my first book in 2012, I made sure I also released an e-book. That was going to be the future right?

These days I sell hundreds of printed books and zines for every e-version I sell. Though I know some people love their Kindles, most of us have stuck with the old-fashioned book; something about how they feel, and how they smell. Plus, screens dominate our lives so heavily now, picking up a book can feel like a healthy escape from our internet-dominated culture.

Books had a banner year in 2020; the last time they did so well was during the previous financial crisis. My own business reflected that uptick, especially during the “lockdown” phase of last spring. It was a bright spot in an otherwise terrible and frightening time period, knowing that my readers found solace and comfort while snuggling up with a book or zine.

As a writer, I truly believe that reading is one of the most important things to do if you want to write, especially in your formative years. While reading a good book is as easy as slipping into some hot springs at the perfect temperature, writing a book can be as difficult and painful as an unclimbed, frigid mountain.

Almost 20 years ago, I started my first attempt at writing a book. For years and years, I failed. I’d sometimes get thousands of words in and my vision of the book would seemingly dissolve into thin air. It was one of the most frustrating feelings ever. What I didn’t realize in my years of failure was that failure eventually would contribute to success. Sometimes you have to do wrong before you can do right.

Though I’ve written and published five books, only two of those have been continuous stories: American Climber and The Desert. It’s been a couple years since I wrote The Desert, and I’m itching to write another book; though the past year has been full of false starts.

It’s frustrating as hell, but I’m also trying to be guided by my failure, because I know that failure is an essential part of the writing process. It’s also amazing to be on the creative side of writing a book; knowing that something that takes a writer years to dream up and write up can be consumed in just a day or two. Perhaps that is part of the magic of reading a book?

There were two things that finally helped me finish my first full-length book: time and organization. As a non-fiction writer, I simply needed to live life in order to have a book’s worth of material. I needed some of the wisdom that life inevitably gives when one is striving to be a writer.

And I needed to organize. The single best strategy that helped me was visualizing a book like a multiday big wall climb. For every big climb, there’s a small “topo” that we climbers use to guide the way. For example, with El Capitan in Yosemite, most of these climbs are around 30 pitches or so. Topos are notorious for being vague and incorrect, and many times they provide the climber with just enough information to both get themselves in trouble and also guide them to success.

Before I wrote both American Climber and The Desert, I had a bulletin board hanging in my home office with notes on each chapter; where I was starting and where I wanted to end up.

The true joy in the painful process of writing a book is when you are completely absorbed in the work. You’re both following the vision, while simultaneously being improvisational; absorbing the magic that is storytelling through the written word.

I wish I could write that the process gets easier once you’ve written a few books. It doesn’t, at least not for me. The only comfort I have is that if I keep writing the words will keep coming.

Sometimes the words end up in the trash, and other times they end up in a book. The only thing I can do is to keep striving. And when the words don’t come, it’s time to shut down the computer and get into a good book.

Luke Mehall’s books and zines are available locally and on the interwebs. If you don’t feel like reading, you can listen to his “Dirtbag State of Mind” podcast, which releases new episodes Mondays.

What happens when an English major takes up home improvement

An ode to the lowest - and highest - literary art form