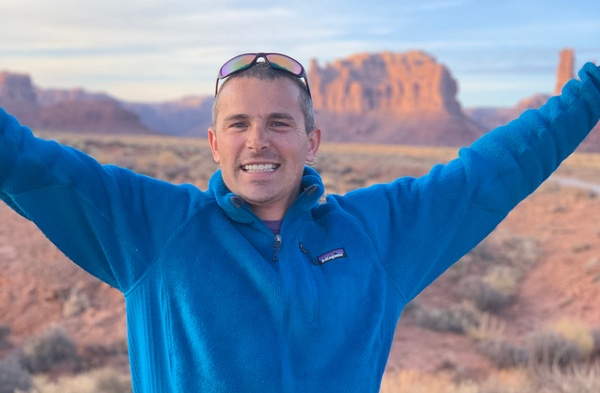 My mother tells me the first words I ever read were those of the sports section of our local paper. Like many American youth, I was obsessed with sports, particularly the Chicago Cubs. I would pour over the stats every morning. This was the era when Harry Caray was the sportscaster, but well before Will Ferrell ever made fun of him. And though the Cubbies lost – a lot – they were my first real passion.

As a certified ADHD child, I have a very selective memory of childhood. A lot of school with its boredom and fist fights are blocked out, but I can vividly remember going up to Chicago to see the Cubs in Wrigley Field. The green grass of the field; the flowing ivy before the home run fence; and the seventh inning stretch when Caray sang a drunken “Take Me out to the Ball Game.”

It was baseball that got me into newspapers and the written word. Though I struggled in school in almost every way, I did not struggle to keep up with the Cubbies.

Fast forward to my college days, and I am an analog child in the early 2000s. Baseball has been replaced with climbing, and I’m stumbling my way through Western State College in Gunnison. I still read the local papers every week, and I pour through climbing books and magazines in the library. Jack Kerouac is my writing hero. I write in my journal every day and submit poetry to the college newspaper. Half of the year I’m living out of a tent.

Around this time, I get the opportunity to do some freelance writing for the Gunnison Times. It was a dream come true. When people would pick up their Thursday paper, they would read words that little ole me wrote! I managed to negotiate a rate of $35 per story. For the first time in my life, I would receive money doing something I loved. And, my mother, an English teacher, was proud of me and would have something good to write about me in the annual Christmas letter.

I’ve never stopped loving writing, the printed word and newspapers. But damn, have things evolved and changed since the early 2000s. From the day I first got published in the Gunnison Times there was no turning back: I was going to be a writer. Of course, if one makes that decision, you’ve got to go where the money is, one way or another.

After washing dishes for years and freelancing for magazines, I took a writing job that actually paid my bills: writing in the Public Relations Department for my alma mater. I couldn’t have been more excited in the beginning – after all I was writing to pay my bills – and I learned so much about the craft and creating web stories and magazines. I also learned the many ways that words and stories could be used to manipulate.

My contacts in Gunnison were actually how I first got connected to the Durango Telegraph. I decided to move down here and start anew amid the recession, which now is almost a decade ago. I got to know this town through writing stories for this paper, and I can’t think of a better way to get to know a town – at least for a writer. I love the fact that our town has a real, independent paper, and 51 weeks out of the year we hook you up every Thursday, for free.

These days I’m more of a publisher than a writer. Sure I am a writer, but I spend more time emailing, doing social media and making business deals. Missy Votel, our fearless editor, once joked that she’s a professional emailer, and most days I feel the same way. I am grateful that I still get the opportunity once a month to write this column, and in my mind, I’m always excited to start on the next book project. There’s just something so good for the brain and the soul that takes place in the act of being creative.

So how do I feel about the state of writing and publishing in 2019? For a writer and publisher like myself who covers climbing, it’s sort of a golden age. Climbing is soaring in popularity – it will even be in the Olympics in 2020 – and climbers still like to consume print media. E-books did not kill regular books, just as the escalator did not kill stairs.

On the side of journalism, which to be honest other than writing editorials I’ve moved away from, the situation is vastly different. Big papers have closed their doors or, like the Washington Post, they’ve been bought up by the likes of Jeff Bezos, which could be scary. Trump seems to have helped newspapers in some odd way; I know I’m checking the New York Times more than I used to. The internet and social media have transformed journalism so much that it’s hard to believe we used to have to wait for the morning paper to see what happened in the world.

There have been winners and losers in the publishing world. I hear “print is dead” from time to time, and I just laugh because I earn most of my income selling a print publication: The Climbing Zine. I’m also aware that I need to expand more into social media, video and podcasting, because that’s where the ears and eyes are nowadays. But, I think in these times of smartphone transfixion, a newspaper or book can still hold one’s attention. I know I stop and read through this paper every Thursday, and there’s not much better than reading a good book.

Overall as a wordsmith, I am optimistic. I mean we have the First Amendment for a reason. People will always want to know what’s going on in the world and in their communities. And if you have a good story, people will bend their ear, one way or another. As long as we have mediums to tell our stories and report the news, there will be a home in this world for writers.

Mehall is the publisher of The Climbing Zine and the author of five books. He is currently running a Kickstarter to fund The Climbing Zine Book, a collection of essays celebrating 10 years of the publication. Visit climbingzine.com to read more of his work.